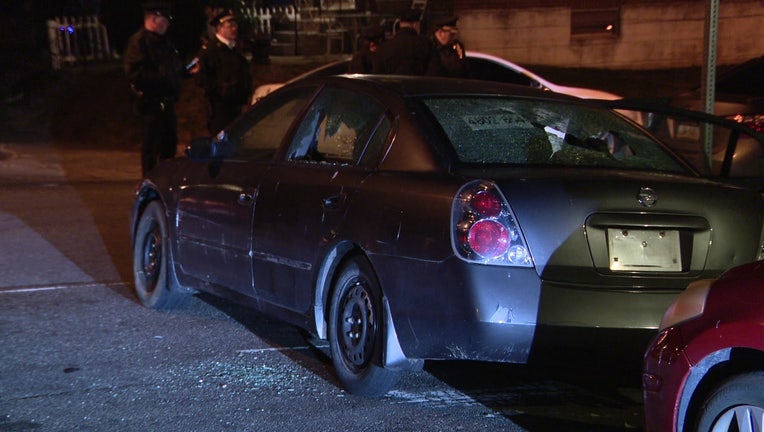 A 21-year-old man was killed during a triple shooting in Holmesburg.

PHILADELPHIA - Nighttime gun violence in Philadelphia claimed the lives of at least two men and left four other injured, according to police.

Investigators in Holmesburg said three people were shot while sitting in a parked car on the 4000 block of Aldine Street just before 8 p.m. Officers drove the victims to Jefferson-Torresdale Hospital, where a 21-year-old man died from a gunshot wound to the head.

Another 21-year-old and a 22-year-old suffered non-life-threatening gunshot wounds, according to police.

A short time later, officers in Nicetown-Tioga said a man died after being shot in the neck and back on the 3700 block of 20th Street. According to investigators, the victim was driven by private vehicle to Temple Hospital where he died. He was later identified as Melvin Hollimon.

Meanwhile, police in West Philadelphia said two men who were injured in the same shooting showed up at different hospitals. Both victims in their 30s suffered a single gunshot wound to the chest, according to police.

No arrests were reported immediately following the nighttime spate of shootings. A possible motive for the gunfire has also not been shared by police.