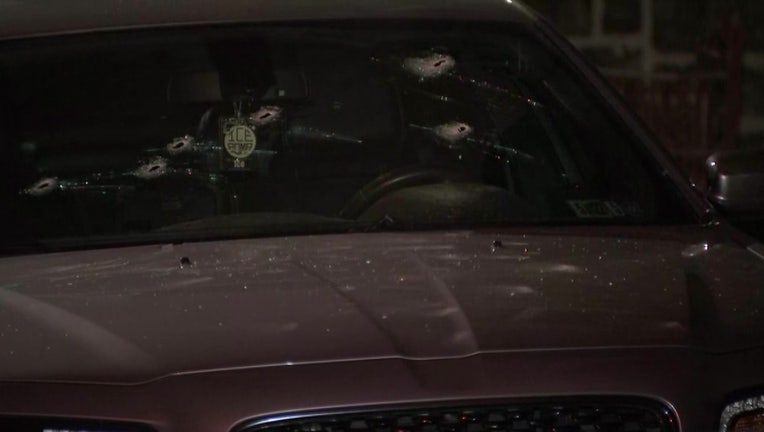 Police say a man was shot and killed while sitting in his car outside a friend's house in South Philadelphia.

PHILADELPHIA - Police say two men were killed in a pair of overnight shootings in Philadelphia on Tuesday, including a man who collapsed inside a friend's house after being shot in the head while sitting in his car.

Officers from the Philadelphia Police Department were called to the 2100 block of Lambert Street around 11:30 p.m. for reports of a shooting.

Chief Inspector Scott Small said officers and paramedics found a trail of blood leading into a home where a 36-year-old man had collapsed from multiple gunshot wounds. He was taken to Temple Hospital where he died just after midnight.

Investigators believe the 36-year-old victim was sitting in the driver's seat of a Chrystler 300 parked outside of a friend's house when a shooter fired at least 10 shots at the car.

Police say the unnamed victim was hit in the head and chest, but still managed to run inside his friend's house where he eventually collapsed.

Earlier in the night, police say another man died after he was shot multiple times outside of his home in West Philadelphia.

According to authorities, 31-year-old Tevin Smith was shot at least 8 times on the 5400 block of Samson Street around 8 p.m. Tuesday.

Responding officers rushed Kemp to Temple Hospital where he died shortly after his arrival.

Police have not said what sparked the deadly shooting and have not provided a description of the shooter.