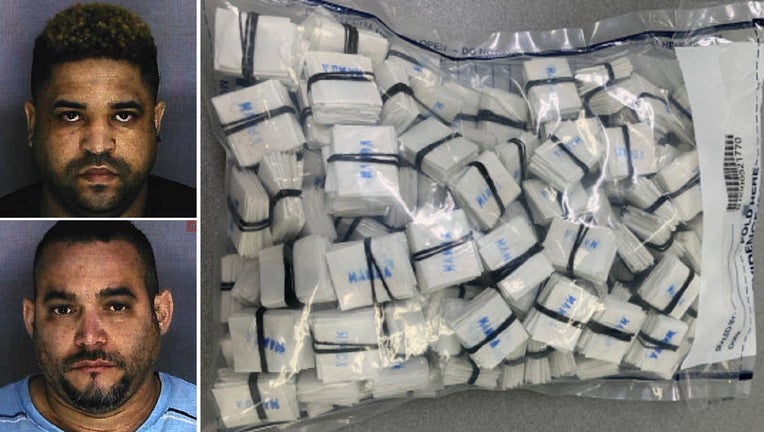 Left to right: Winston Frias-Moya, 31, and Adalberto Villalona, 43, were charged with possession with intent to deliver heroin, criminal conspiracy and related offenses.

Winston Frias-Moya, 31, and Adalberto Villalona, 43, both of Philadelphia, were charged Wednesday with possession with intent to deliver heroin, criminal conspiracy and related offenses.

The arrests were a result of a joint investigation by the Bucks County Detectives Drug Strike Force with state, local and federal authorities.

In February, investigators conducted two controlled purchases of suspected heroin and fentanyl from Frias-Moya and Villalona on Street Road in Bensalem Township.

A field test of drugs from the first purchase returned positive results for heroin, according to police. All drugs were seized and will be subject to laboratory analysis.