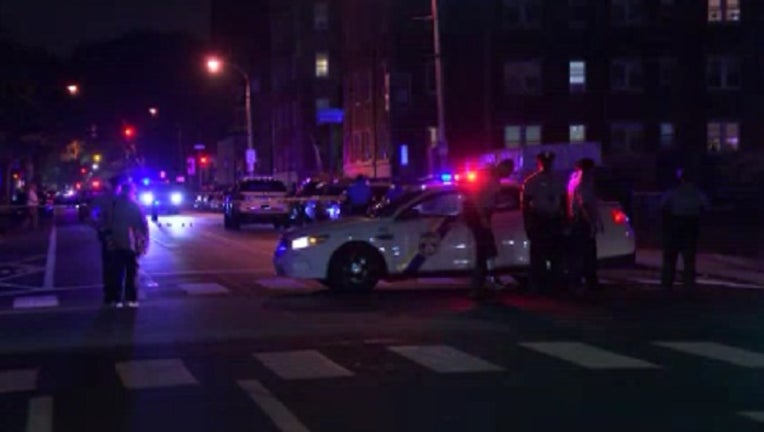 Officers were monitoring the area of West Philadelphia High School on the 4800 block of Spruce Street around 9 p.m. when gunshots sent a group of teens scrambling towards the field for cover.

Officers spotted a 14-year-old boy who had been shot in the left leg on 49th Street, according to police. A 16-year-old victim was found with a gunshot wound to the ankle on 49th and Spruce streets, police said.

Both victims were taken the Children's Hospital of Philadelphia in stable condition.

The 6-year-old girl was hit three times, including once in the chest, and required advanced medical treatment at the hospital, according to police.

No arrests were announced immediately after the shooting, but police were told by a witness that a group of teens between 14-17 were spotted shortly before nearly two dozen shot were fired.

Investigators said an apartment window was hit by gunfire, but no one was home. Two vehicles were also peppered with gunfire.