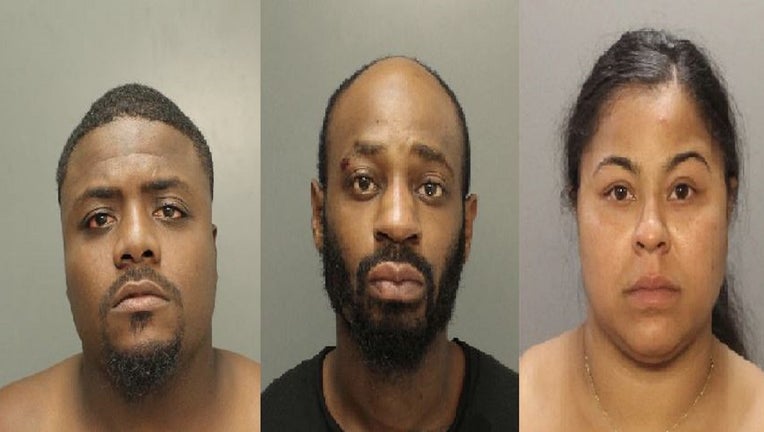 NORTH PHILADELPHIA - Three people were arrested after police say a man was captured on video firing an AK-47 into the air from the backseat of a car Friday night in North Philadelphia.

Gregory Seizer, Akeem Robinson and Jannette Perez were each charged with a felony count of "causing/risking catastrophe," along with weapons offenses and related charges.

Temple University police officers were called to the area of Broad and Norris streets around 3 a.m. Friday for reports of shots fired.

Officers checked nearby surveillance cameras and allegedly saw a man firing an AK-47 rifle out the backdoor of a silver Kia with a temporary Delaware license plate near the intersection of Broad and Norris.

Investigators found multiple rounds scattered between the 800 to 1400 block of Norris Street, according to police.

The suspect's vehicle was found about an hour later on the 2300 block of Berks Street and the three suspects were taken into custody, police said.

The Philadelphia Office of Public Affairs said no victims were reported during the shooting. Police have recovered the rifle, according to the officials.