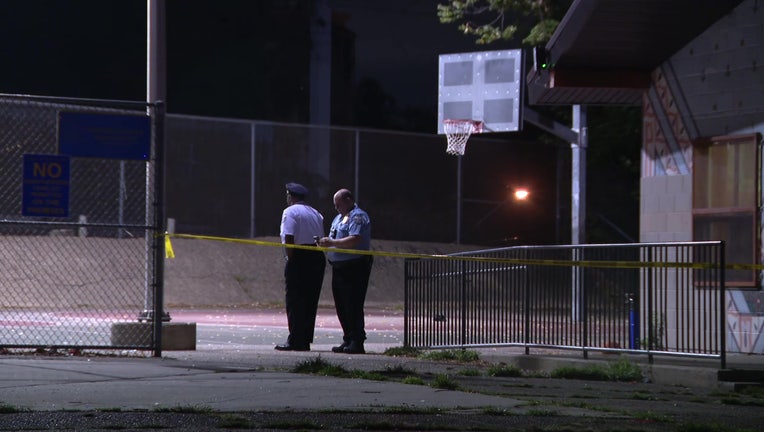 Police say Simone-Monea Rogers died after she was shot in the face while playing basketball in Nicetown-Tioga.

NICETOWN-TIOGA - A Philadelphia teen who police say was shot in the face while playing basketball at a playground on Tuesday night has died, according to police.

Authorities say 15-year-old Simone-Monea Rogers was shooting hoops at Jerome Brown playground with her brother and two friends when someone opened fire on the group.

Rogers was struck in the face by gunfire and taken to Temple University Hospital in critical condition, according to investigators.

She died on Wednesday night, less than 24-hours after the shooting, an update from the Philadelphia Police Department said.

15-year-old girl shot in the head while playing basketball

No arrests have been announced in connection to the deadly shooting.