Anna Maria Tolomello has been charged with murder in the death of her partner, Giovanni Gallina. Authorities say Gallina's body was found in a home they shared, wrapped up in a tarp. The two owned Pina's Pizza in New Britain.

PHILADELPHIA - The owner of a Bucks County pizzeria has been charged with murder after authorities say she shot and killed her longtime boyfriend and business partner earlier this month.

Anna Maria Tolomello, 48, is accused of fatally shooting Giovanni Gallina, 65, inside a home they shared in the Chalfont section of Hilltown Township. The two also owned Pina’s Pizza in New Britain.

She faces several charges including criminal homicide, abuse of corpse, and related offenses.

Authorities say their investigation began when Gallina’s son informed them that he had not heard from his father since March 16. Tolomello had said Gallina was out of town and did not report him missing, authorities say.

Police met Tolomello at her home on Tuesday to execute a search warrant. At that time, authorities say she told officers that she knew why they were at her home and ‘unprompted, told police she shot Gallina in self-defense.’

Tolomello then allegedly told investigators that the body was ‘wrapped up’ in a bedroom and that she had shot him once in the head with a handgun back on March 16. 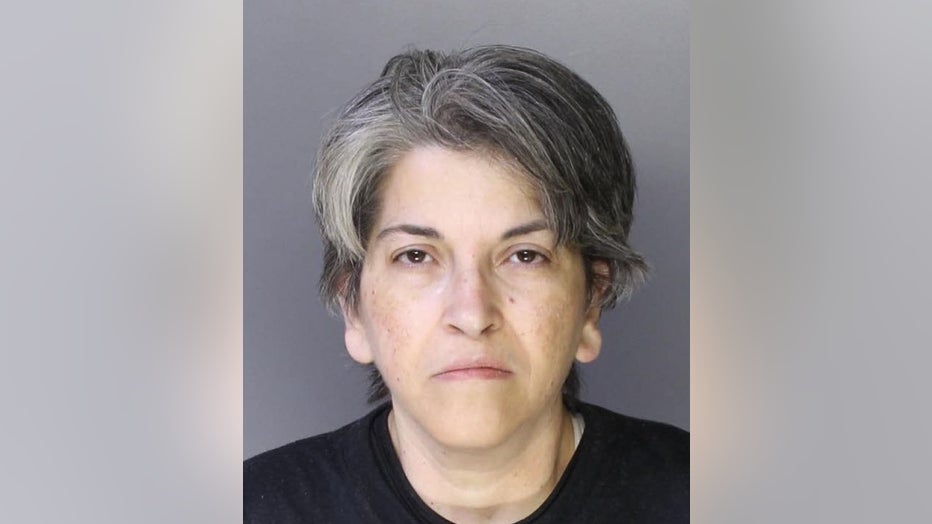 According to court documents, Tolomello also paid someone to dig a hole in her driveway, telling them that she would fill it back in herself with a shovel. SKYFOX flew over the home yesterday, and a large hole was visible next to the driveway.

Officers searched the home and found Gallina’s body wrapped in a blue tarp inside the home’s master bedroom. He was found to have a single gunshot wound to the head.

"We have pretty good evidence that the defendant was going to dispose of Mr Gallina's body in a highly inappropriate way," Bucks County District Attorney Matthew Weintraub said. "Something you would see straight out the movies, in an attempt to eliminate any evidence of his existence."

The investigation is ongoing and a preliminary hearing is scheduled for April 19. Tolomello is being held without bail.