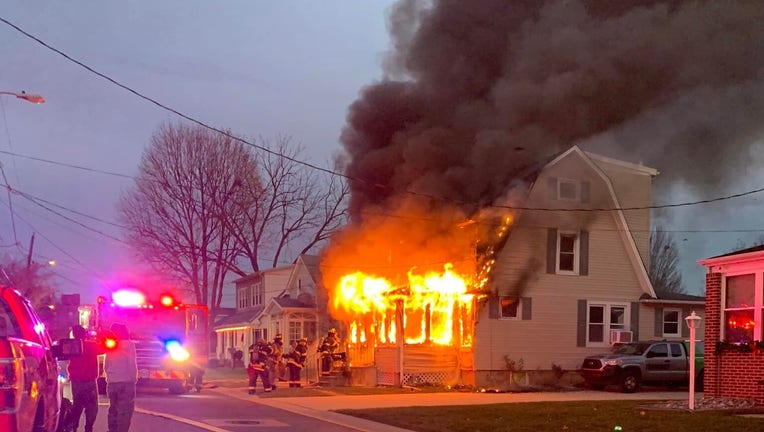 An adult and two children were taken to the hospital for smoke inhalation after investigators say a cardboard box of sawdust sparked a house fire in Elsmere, Del. Credit: Elsmere Fire Company.

WILMINGTON, Del - Investigators say a cardboard box full of sawdust "spontaneously ignited" on the front porch of a home in New Castle County and sparked a house fire that injured two children and an adult.

Firefighters from the Elsmere Fire Company were called to a home on Atkins Avenue in Wilmington just before 5 p.m. Saturday for reports of a house fire.

The Delaware Fire Marshall's Office on Sunday said a 35-year-old and two children, ages 6 and 8, were taken to Christiana Hospital for smoke inhalation. All three victims are said to be in good condition.

Fire investigators concluded that a cardboard box of sawdust from a wood flooring project "spontaneously ignited" and sparked the accidental house fire.

It's estimated that the blaze caused $20k in damages.