Rashaan Vereen, 34, and Quran Garner, 18, face charges in the deadly mass shooting on South Street. The District Attorney's Office has issued a murder warrant for an unnamed suspect.

PHILADELPHIA - Four suspects have now been taken into police custody in connection with the Saturday mass shooting on South Street that killed two innocent bystanders and wounded nearly a dozen more.

Thursday, officials announced the arrests of Quadir Dukes-Hill, 18 and Nahjee Whittington, 18. Both were taken into custody by U.S. Marshals in Virginia, according to Philadelphia District Attorney Larry Krasner.

Officials say Dukes-Hill is facing murder charges in connection with the fatal shooting of Alexis Quinn, 24. 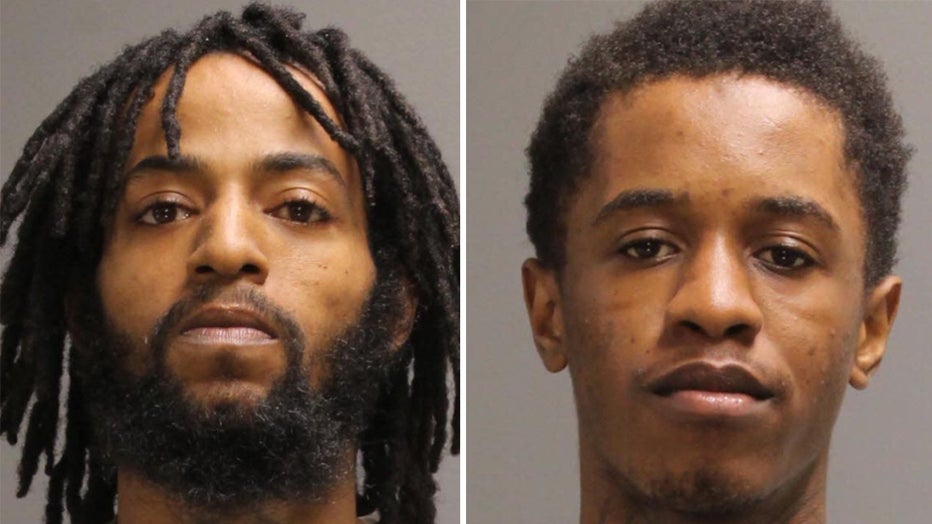 According to Krasner, Whittington was just four days shy of his 18th birthday when he allegedly fired the shot that fatally struck Kristopher Minners, 22, and injured another man.

Authorities believe the deadly mass shooting happened when a fistfight between three men escalated into a gunfire. The DA's Office said that two of the combatants, Gregory Jackson and Micah Towns, were both licensed to carry.

Officials believe Jackson fired the first shot that critically wounded Towns, who returned fire and killed Jackson. The third man in the fracas, believed to be Vereen, was taken into custody Monday by a team of U.S. Marshals.

The DA's office said Towns is not currently being charged in the shooting because he acted in self-defense. Days later, Mayor Jim Kenney called for Towns' arrest, saying Towns "acted in a way that created a chain of events that caused the death of at least two innocent people and the wounding a bunch of other innocent people and I don't think he should walk."

Amid the chaos, authorities said Garner - believed to be a friend of Towns' - fired towards the brawl. According to investigators, Garner was armed with a ghost gun equipped with an extended magazine and pointed the weapon at approaching officers.

Police shot Garner in the hand which caused him to drop the gun and flee the scene, according to authorities. It's believed that he ran to the scene of an unrelated shooting blocks away where he told officers that he was shot on South Street.

In all, 14 people suffered gunshot wounds in the incident, and three people died. Officials have identified the other deceased victims as Kristopher Minners, 22, Alexis Quinn, 27. Both are believed to have been innocent bystanders, according to police.