Cleanup continues in Cape May County after tornado touches down

CAPE MAY COUNTY, N.J. - Cleanup continued on Wednesday a day after Tropical Storm Isaias tore through the area.

"Everybody kind of jumped down and got down," Hudson Tedeschi told FOX 29. "When I looked up the ceiling had collapsed, things were all over the place, windows were smashed, but everybody was fine. It was ridiculous only by the kindness of God that we were all fine."

He was working at Sterling Tackle when the storm hit. Thankfully, about 10 employees working inside took cover and weren't injured. 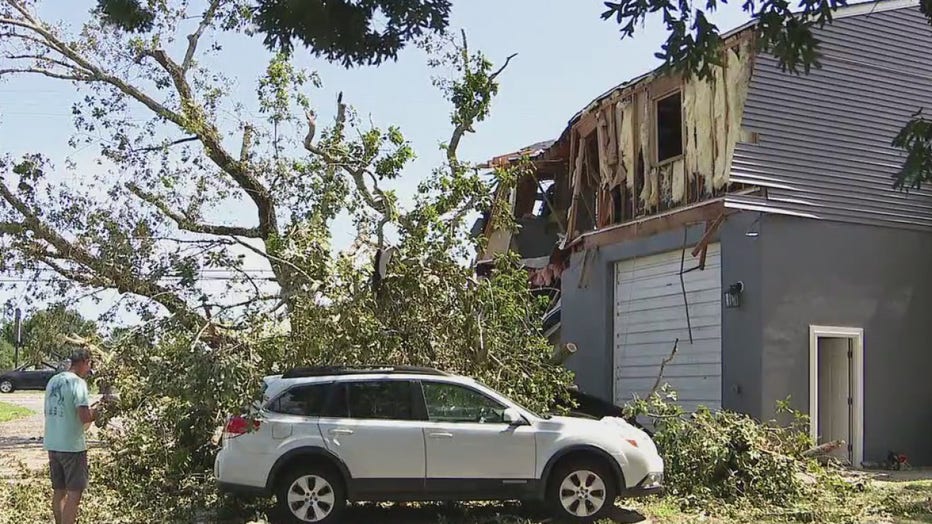 Video showed the path of destruction a day after a tornado ripped through Cape May County in connection with Tropical Storm Isaias, which goes right through Seaside Cemetery.

"You can see all these gravestones, tons of them are damaged, it's horrible," he said.

Several homes in Pine Hill Mobile Court were damaged from the storm.

"Nowhere to go when it's on top of you and instantly I heard the freight train coming," Liz Zebrowski said.

Fortunately, so far there are no reports of any serious injuries. Those with the worst damage tell FOX 29 neighbors have stepped up and showed up to help.