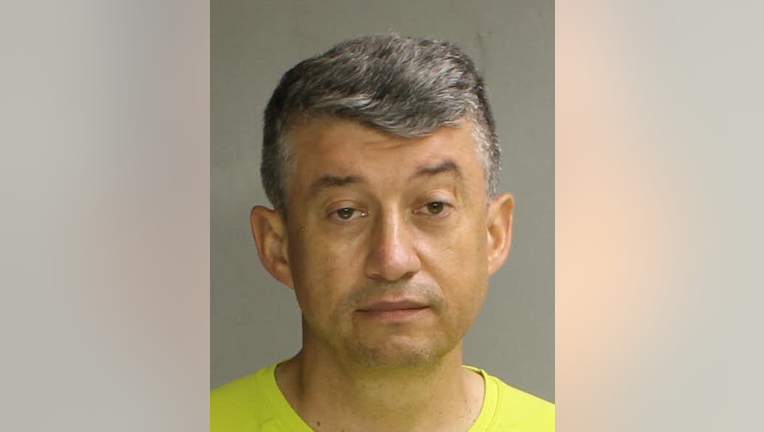 Authorities say that investigation started back in May, when police in New Hanover Township received a report from a mandated reporter that the 15-year-old victim had disclosed a sexual encounter with an older, married man.

Investigators found that Faucette had met the victim through the online chat and video platform 'Omegle.' They later began messaging through Instagram, and at one point, agreed to meet at New Hanover Township Park.

When the two met at the park, authorities say the defendant set up a blanket in a wooded area and sexually assaulted the victim.

Police served search warrants on Facebook for records related to the Instagram account and obtained IP addresses from the account from Comcast and Verizon. Those accounts were then traced to Faucette's residence in Perkasie.

A search of his home and car turned up the blue blanket and other evidence that was consistent with the victim's account of the assault, authorities say.

"The online world is a serious threat to young girls and boys since its anonymity makes it attractive to sexual predators. This defendant was preying on young girls on a website/app called Omegle, which markets itself as ‘Talk to Strangers! There are some very cool people in the world," said Montgomery County District Attorney Kevin Steele. "Omegle has come under fire before for not verifying the ages of any user or monitoring the communications on its platform as it matches users with random strangers to have one-on-one chats. Parents need to make sure they talk to their kids about the dangers in using this kind of a platform, how people can lie about who they are and above all, the danger of meeting someone in real life who they have only talked to online. Stranger danger is real online."

Faucette was arraigned and taken to Montgomery County Correctional Facility after he was unable to post bail.