PHILADELPHIA - The stepfather of 2-year-old King Hill is speaking out for the first time in an exclusive interview with FOX 29 after the babysitter was charged in the little boy's death.

Marvin Reese says Philadelphia police told him they may never find the body of King, who was reported missing back on July 9.

He says he still has not stopped looking or giving up hope.

"I'm still thinking, waiting, my phone is going to ring telling me 'We got your son, he's here,'" he says. "It's like I feel like, as a parent, I feel like I let him down."

Reese walked us through the two years of trust he says he built with babysitter Tianna Parks before he allowed her to watch King for an extended period of time. 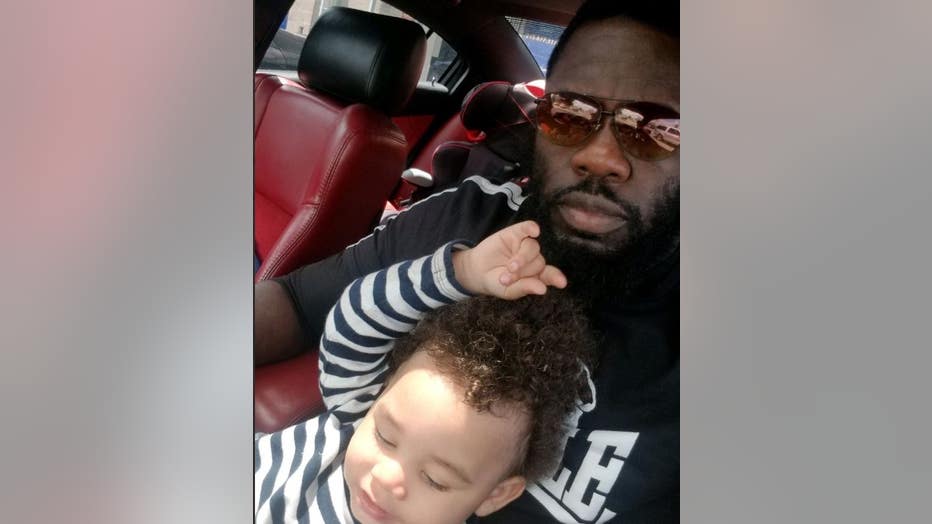 Reese has a daughter with King's biological mother. Over the past two years, King's mother would request for Reese to watch King or he would offer to help out. He says King was a handful as a baby.

"I was just working on him, developing him as a young man," he says. " I still treated him as my own son, I never looked at him any different."

Reese said he would often bring King to his gym in West Philadelphia where he worked as a boxing coach and where Parks would provide yoga and stretching exercises for the boxers.

Reese's close friend Keith Anderson says Parks was adored by everyone at the gym.

"Everyone that knows her in the gym knows she was a great and professional yoga type instructor," he says. "Marv didn't trust everybody and it took her a while to get that responsibility, he needed help. My son went with her, I trusted her."

"I felt as a parent, I was really clingy, I basically tried to give myself some room," says Reese "'OK, you can take him to the park, you can go here.'"

Reese says eventually Parks would take King for longer periods of time. He says if he did not see King in person every day while in her care, he would through video chat or social media.

He could not remember a specific date but says the last time he saw Parks and King was at the end of June. He says he bought them food before Parks planned to take King to a park.

In the two weeks after that, Reese said everything changed.

"I'm going to her house and I'm calling her phone directly in front of her house. It was always an excuse: I'm not here, I'm not there, and I'm like, I'm sitting in front of your house trying to get my son," he says.

"I said hey, send me some pictures or something, and I never got the pictures."

Reese says the week of July 9, Parks told him she gave King back to his mom.

Reese trusted that was the case until King's mom, Amber, sent him a text message asking how King was.

Amber said she was devastated to find out that Reese did not have King. Reese went to the police to report missing, and he said Parks stopped answering.

"From that point, at my understanding, she blocked my number at that point."

Philadelphia police launched an extensive investigation in collaboration with the FBI and District Attorney's Office.

On July 20, they announced that they did not find King, but that cell phone and video evidence led them to charge Parks with King's murder.

Reese says he found out by watching the news.

To this day, he says he wishes he could talk to Parks to find out what went wrong. He says the two had a strictly business relationship and he feels completely betrayed.

"You would've never seen that coming," he says. "Who does something to a 2-year-old child? Nobody messes with kids. Nobody."

Reese and his family and King's mother, Amber, held separate birthday parties for King on Wednesday. He was supposed to turn three.