Crowd of mothers rally to make a plea for peace

PHILADELPHIA - As Mother's Day approaches, local families impacted by gun violence marched in Philadelphia to call for peace and change within communities.

The march was organized by Mothers In Charge, a non-profit group that consists of mothers, grandmothers, sisters and aunts who have lost loved ones to violence.

Wallace Battle-Scott participated in the march on behalf of her 19-year-old son, who was gunned down last fall inside a car she helped him buy to commute to college.

"You’ve got to put the guns down they are destroying our lives," Battle-Scott said.

Mothers In Charge labeled Thursday's march "Sons, Put Down Your Guns" and drew additional support from local anti-crime community organizations. Together, they marched from the Philadelphia School District building to City Hall.

"Too many of us don’t even have the closure to hug our babies, to say goodbye to our babies," a speaker said. "They’re lying in some dirty street in a place that they don’t know, dying, that’s the reality of gun violence: They die alone." 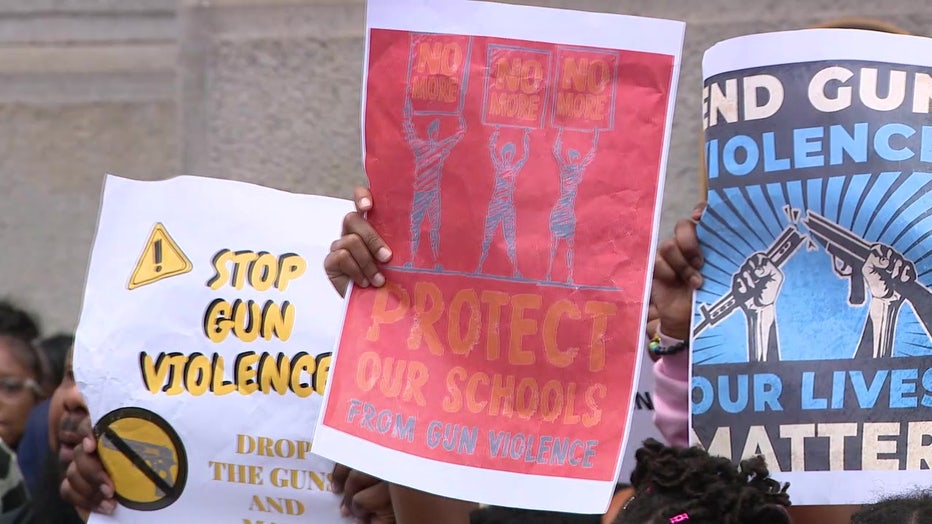 The march also included speakers, who encouraged parents to step-up and connect with local organizations that can provide safe spaces for the city's youth.

Solomon Jones, executive director of Man Up PHL said they have a program where they will mentor young men and pay them $15 an hour for coming in. From there, they will help them get a job.

The latest data from the Philadelphia Police Department shows there have been 159 homicides in the city this year. The continued violence comes after a historically bloody 2021 in which there were over 560 murders in Philadelphia.