MOUNT HOLLY, N.J. - A dangerous start to the day for a lot of people in Camden, Gloucester and Burlington Counties as many drivers were caught off guard with water quickly washing over roadways.

It was an incredible day of heavy rain in Mount Holly in Burlington County and a nearby creek created havoc for homes, autos and nerves across the region.

Floodwaters turned the early morning commute on I-295 in Bellmawr into a watery nightmare. Some motorists were trapped in vehicles swamped by the fast-moving water. 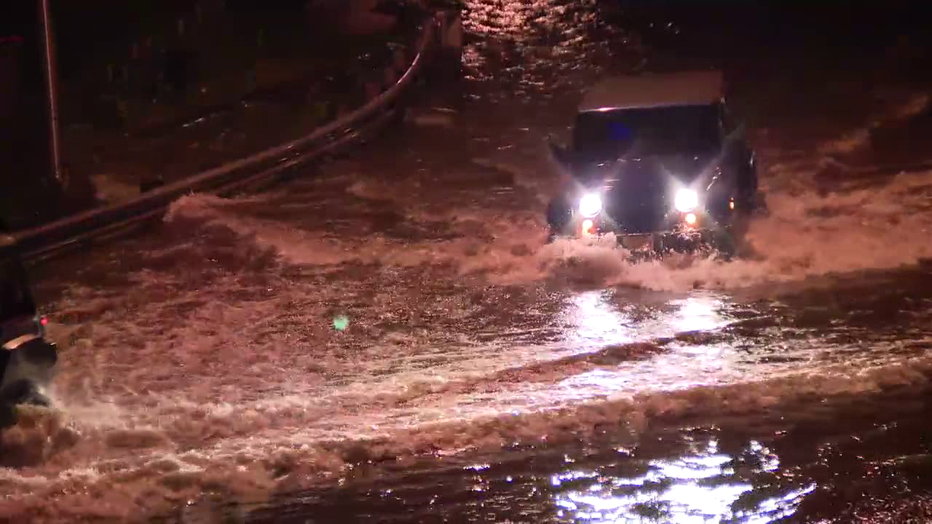 Flooding on I295 in Bellmawr.

Edward was trying to get back to Atlantic City in his brand new Chrysler 300 when the water swept over his ride. It got real, real fast.

“The car started, smoke started coming out of the vents and stuff. At that point, I realize it’s fight or flight,” Edward explained. 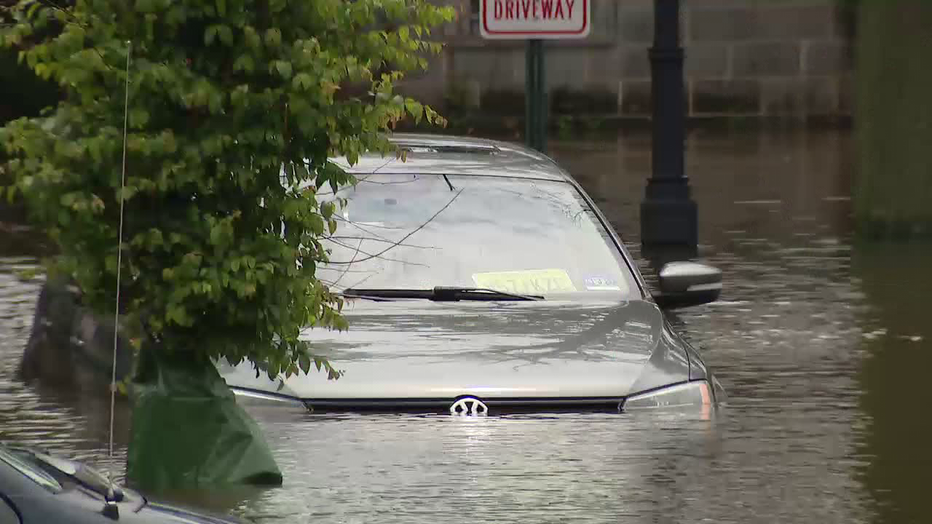 In Mount Holly, Rancocas Creek flooded municipal parking. Bad news for those forced to exit their cars. Good news for Michael Martin and his buddy out looking for recreational fun on the water.

“We have. Yeah, every time it floods, this is what we do,” Martin replied.

Backyards and basements on West Monroe Street were flooded with fuel-tainted water. Homeowners kept a wary eye on PSE&G crews. Some power had already been turned off. Hope Johnson says a sump pump was the only thing keeping her home safe.

“They shut off the power, you have no ability to pump out?” asked Gordon.

“No ability to pump out if the water keeps coming up. It will get into the living room and flood out the house,” Johnson said.

In Southampton, homes hugging the Rancocas were inundated. They were chased from their home around 2 a.m. when a fuel tank outside ruptured, sending noxious fumes into the house. 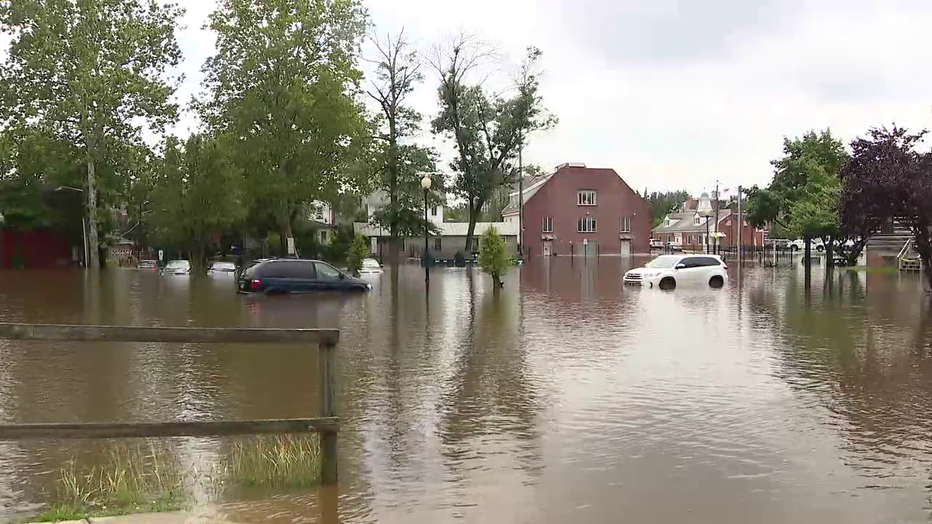 Across the creek in Pemberton, Gevon Pablo watched and waited for news from her boyfriend insider her home, trying to keep their belongings dry.

“We flooded twice before. Nothing like this,” Pablo explained.

“Yeah. That’s why you have flood insurance,” Pablo replied.

Lots of folks in the area are going to be dealing with claims adjusters in the days ahead.