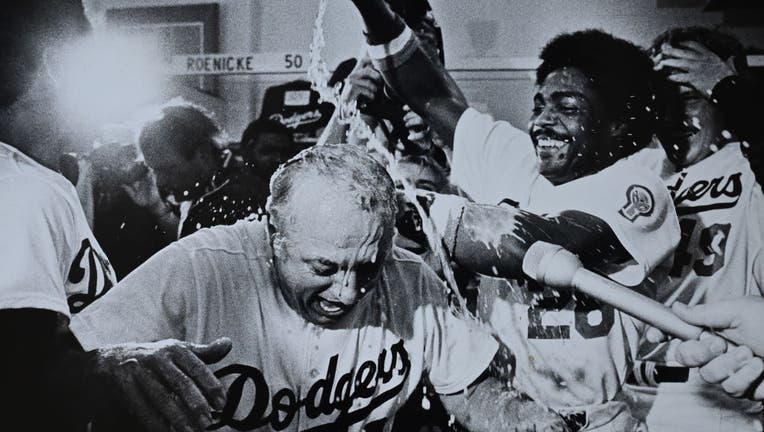 LOS ANGELES - The world of baseball is mourning following the tragic loss of Hall of Fame Los Angeles Dodgers manager Tommy Lasorda who died late Thursday night. He was 93.

Los Angeles Dodgers' legend Tommy Lasorda passed away at the age of 93 on Jan. 7. 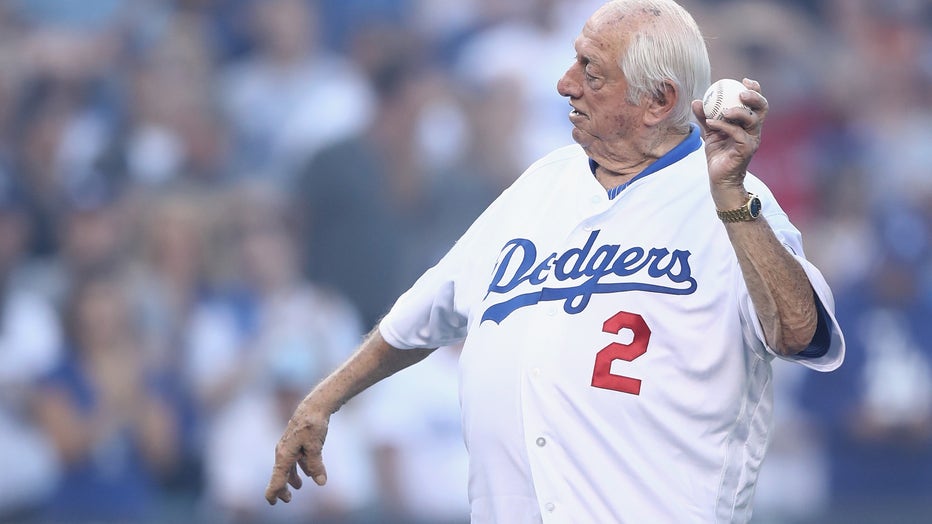 During his playing career, Lasorda was a pitcher for the Brooklyn Dodgers, where he played alongside fellow Major League Baseball legend Jackie Robinson. Lasorda also played for the Kansas City Athletics.

Before making it to the big leagues, Lasorda worked his way up from the minors.

Born Thomas Charles Lasorda in Norristown, Pennsylvania, he took a break from his professional playing career in order to serve two years in the U.S. Army.

He managed the "Boys in Blue" from 1976-96 where he won two World Series titles and four National League championships. In addition, he earned the NL Manager of the year title two times.

Lasorda was inducted into the National Baseball Hall of Fame in 1997.

Mark Walter, Stan Kasten and Vin Scully released the following statement on social media on behalf of the Dodgers franchise:

"Hall of Fame Dodgers’ manager Tommy Lasorda, who spent seven decades in the Dodger organization and became one of the most memorable personalities in baseball history, passed away Thursday night," the Dodgers said in a statement released on social media.

"Regarded by many as baseball’s most popular ambassador, Lasorda spent 71 seasons in the Dodger organization with Dodger Blue running through his veins. He spent the last 14 as a special advisor to the chairman.

Lasorda’s wish to see another Dodgers World Championship was fulfilled last October when he traveled to Arlington, Texas to witness the Dodgers 3-1 victory over the Tampa Bay Rays in Game 6 of the World Series."

Lasorda suffered a sudden cardiopulmonary arrest at his Los Angeles area home late Thursday night. He was rushed to a local hospital where he died just before 11 p.m., officials said.

In November, Lasorda was hospitalized in an intensive care unit at an Orange County hospital and was "resting comfortably," the team said at the time.

On Tuesday, nearly two months later, it was announced he had been released.

Known for his fiery personality and heart of gold, Lasorda had a history of heart problems. He suffered two known heart attacks in 1996 and 2012.

Tommy Lasorda reached out to FOX 11's Amanda Salas when she was in chemotherapy and sent her a video, giving her wise words and comfort.

"Tommy helped me see the light in one of the darkest times I have faced while going through chemotherapy. He told me God put on on this Earth to help people, and his words resonated with me then and now. I know he will watch over us and our Boys in Blue from the sky," Salas said.

THE WORLD OF SPORTS REACTS TO LASORDA'S PASSING

Former Hall of Fame Broadcaster, Vin Scully, who is also mourning the recent loss of his wife, wrote the following: "There are two things about Tommy I will always remember. The first is his boundless enthusiasm. Tommy would get up in the morning full of beans and maintain that as long as he was with anybody else. The other was his determination. He was a fellow with limited ability and he pushed himself to be a very good Triple-A pitcher. He never quite had that something extra that makes a major leaguer, but it wasn’t because he didn’t try. Those are some of the things: his competitive spirit, his determination, and above all, this boundless energy and self-belief. His heart was bigger than his talent and there were no foul lines for his enthusiasm." 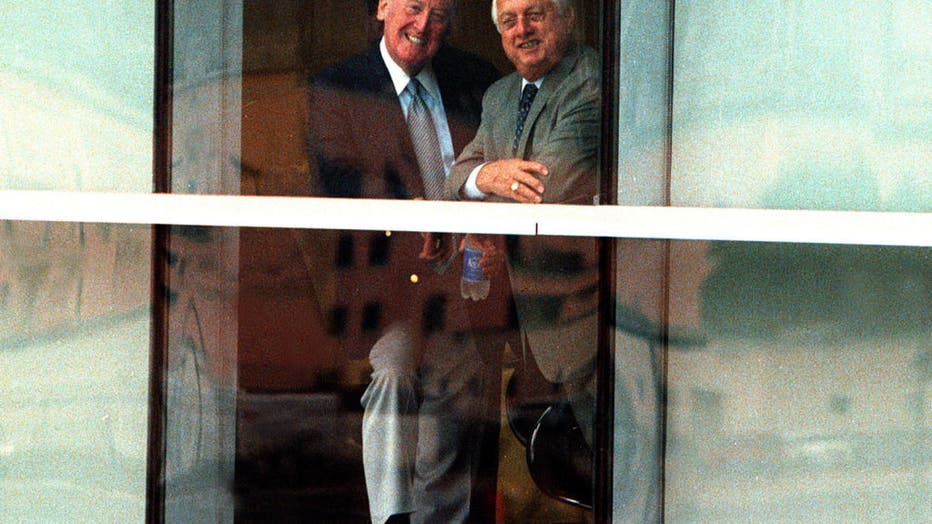 "I will miss our conversations about the Dodgers and the Lakers," Los Angeles Lakers legend Earvin "Magic" Johnson said. "He meant the world to the Dodgers organization, MLB, and the city of Los Angeles. he will always be known to Dodger Nation as "Mr. Dodger." Cookie and I are praying for the entire Lasorda family. May he RIP."

"For the last 8 years I’ve sat next to Tommy at every Dodgers game and he taught me invaluable lessons on the strategy and history of baseball."

"To win, to love this game, to live and play with joy was his message to us. Rest in peace in Blue Heaven, sir and thank you," Dodgers relief pitcher Kenley Jansen said in a tweet.

In a phone interview on Good Day LA on Friday, former Dodgers pitcher Jeff Weaver shared some of his favorite memories with Lasorda.

In a phone interview on GDLA, Jeff Weaver shared some of his favorite memories of Tommy Lasorda.

"I grew up a Dodgers fan during the 80s and I was there for the ’88 World Series so Tommy Lasorda has always been my manager of choice for me growing up and when I got traded from the Yankees to the Dodgers, it was like a dream come true and one of the first people who came up to me was Tommy. He said 'I’m so fired up to have you here'…pointing his finger on my heart and said 'You’re going to be one of our greatest pitchers,'"Weaver recalled. He also added that Lasorda’s positive energy and charisma was uncanny. 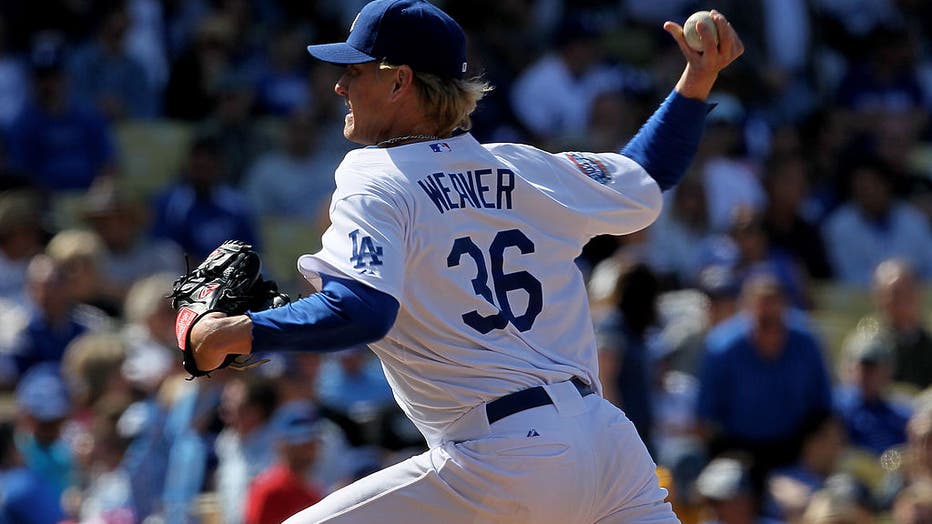 "My family, my partners and I were blessed to have spent a lot of time with Tommy. He was a great ambassador for the team and baseball, a mentor to players and coaches, he always had time for an autograph and a story for his many fans and he was a good friend. He will be dearly missed," Mark Walter, Dodgers Owner and Chairman said. 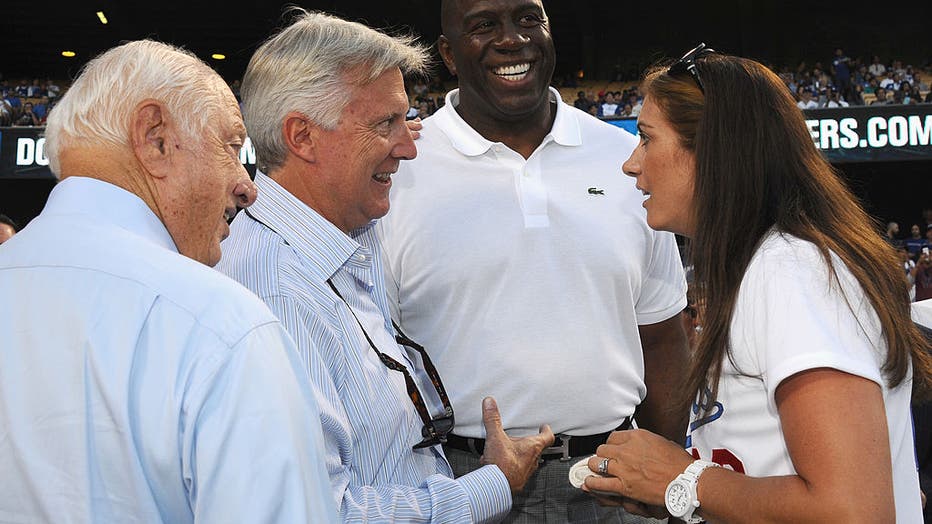 "Tommy Lasorda was one of the finest managers our game has ever known. He loved life as a Dodger," MLB Commissioner Rob Manfred said in a statement. "His passion, success, charisma and sense of humor turned him into an international celebrity, a stature that he used to grow our sport. Tommy welcomed Dodger players from Mexico, the Dominican Republic, Japan, South Korea and elsewhere- making baseball a stronger, more diverse and better game."

Manford added: "I am extremely fortunate to have developed a wonderful friendship with Tommy and will miss him. It feels appropriate that in his final months, he saw his beloved Dodgers win the World Series for the first time since his 1988 team. On behalf of Major League Baseball, I send my deepest sympathy to his wife of 70 years, Jo, and their entire family, the Dodger organization and their generations of loyal fans."

"We honor a Los Angeles icon, a 71-season veteran, and a Dodger forever. Rest In Peace, Tommy," the LA Lakers tweeted.

"Rest In Peace to the legendary Tommy Lasorda," the Los Angeles Rams tweeted.

Lasorda is survived by his wife of 70 years, Jo, their daughter, Laura, and granddaughter Emily Tess.