PHILADELPHIA - Over the past week, a 12-year-old boy and a 16-year-old girl were severely injured in illegal firework explosions in Philadelphia, highlighting the abundant amount of explosives made available to the city's youth.

Philadelphia Mayor Jim Kenney on Thursday called on Pennsylvania state legislature to once again make all fireworks illegal in the city.

Currently in Pennsylvania, Class C fireworks - or consumer-grade fireworks - are legal for residents 18 and over to purchase. This includes bottle rockets, roman candles, and anything else with a maximum 50 milligrams of explosive material.

So-called display fireworks, which are classified as including salutes that contain more than two grains or 130 milligrams of explosive materials, and aerial shells containing more than 60 grams of pyrotechnic compositions require a permit. 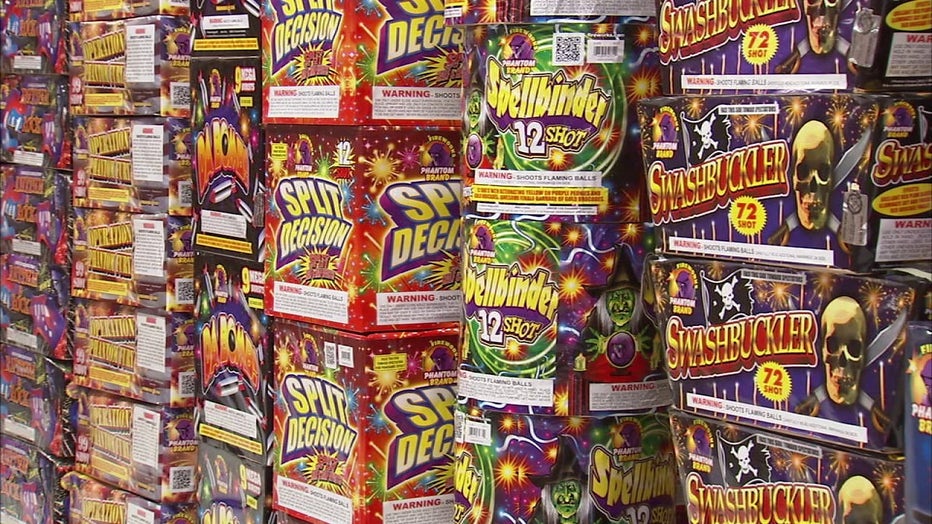 Kenney's remarks come less than 24 hours after a 16-year-old girl accidentally detonated an illegal firework on the second floor of a home in East Germantown and blew off a portion of her foot.

On Tuesday, a 12-year-old boy nearly blew off his hand when he detonated a firework in the middle of the street in Kensington.

The dangers of fireworks aren't just limited to those igniting them. On Wednesday night, police say a firework was thrown at a woman in a wheelchair on 24th Street and Lehigh Avenue.

Philadelphia 9-year-old, Isiah, says he sees his friends purchasing fireworks on cars and trucks on the street. Antoinnette Lewis, Isiah's grandmother, says the illegal firework show has been a nightly occurrence.

"Every night, around 10, 11 o'clock at night, these big booms everywhere," Lewis said.

Meanwhile, Kenney urged the state to act fast before another Philadelphia youth suffers a gruesome injury.