FOX 29's Mike Jerrick spoke with the father and wife of 43-year-old Anrae James who was killed in a shooting Monday morning at Thomas Jefferson University Hospital and the impact he had on the people around him and the people he loved.

PHILADELPHIA - The wife and father of the victim in the Jefferson Hospital shooting both joined Good Day Philadelphia on Tuesday to speak about the victim and the circumstances of his tragic death.

On Monday, 43-year-old Anrae James was killed in the shooting, in which officials say they believe he was targeted. James was a 20-year nurse assistant at Jefferson and father of three. He had two daughters and a son. James was shot six times and died at the scene. Police have not announced a motive but they do say the victim and suspect knew each other.

"My son was a very loving person. He was a hardworking family man," William James said of his son, explaining how much time Anrae James spent with his children. "I'm just devastated that something like this could happen to an individual doing everything the way that they say life is supposed to go for a working man – going to work, leaving his family that night, being on the job, and someone can walk up on him and commit – assassinate him on the job."

His wife recalled him as a "wonderful guy" and explained that there's a lot of questions that she needs answered as to why this happened and how it could have occurred at the hospital. 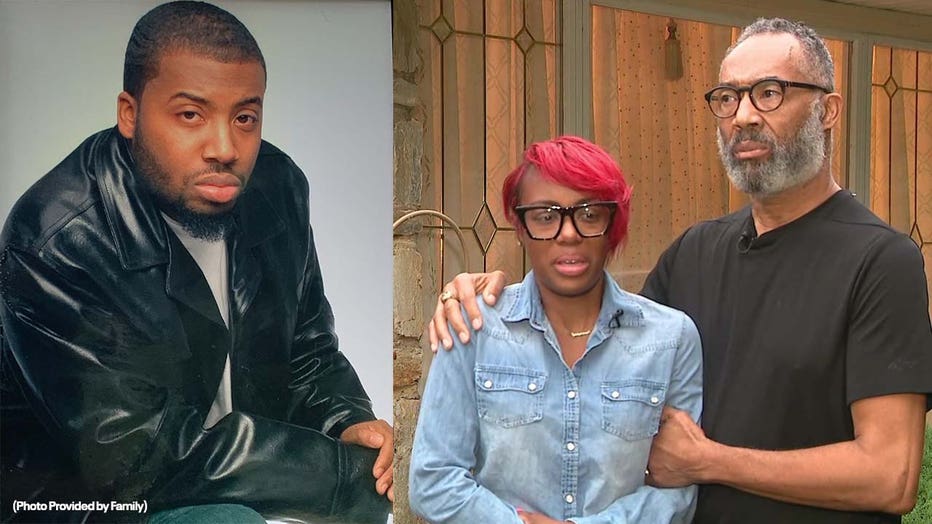 The wife and father of Anrae James, the victim of the Jefferson Hospital shooting, both joined Good Day Philadelphia on Tuesday to talk about their loss and the circumstances surrounding his death.

The family says they are not at all familiar with the man accused of killing James, but said the shooting was not random. His wife Barbara James said they had never heard of any trouble at work and demands answers as to why this tragedy occurred.

"I just want people to know what is left behind," William James exclaimed. "You never expect to have to bury your child."

The family says they are going to work on healing together.