Kenney calls on DA to enforce gun violations after toddler, teens among 5 shot in North Philly

NORTH PHILADELPHIA - Police are investigating after five people were shot Monday night at a birthday party in North Philadelphia.

According to police, a male suspect stood a half-block away and fired into the crowd. Among those shot were a 1-year-old boy, two teenage girls ages 14 and 18, and two women ages 25 and 41.

5 dead, several injured after spate of gun violence across Philadelphia 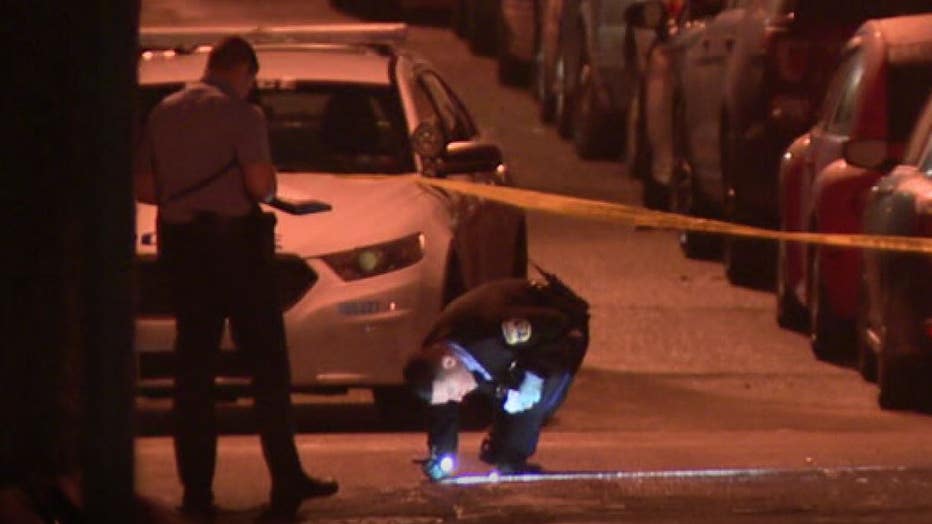 Police said the birthday celebration was for a male who died a few days ago.

Mayor Jim Kenney at a press conference Tuesday addressed the shooting in the context of the COVID-19 pandemic.

“This incident is horrible by itself, but the fact that it comes as the impact of this virus is felt in every neighborhood of Philadelphia is even more gut-wrenching,” Kenney said.

“We need everyone to come together to stop gun violence at any time, but never more so than right now. Let’s do our part for the health professionals battling COVID-19 every day, by putting the guns down so these brave women and men have every hospital bed, ventilator, and resource they need to keep fighting the virus.”

"We need everyone to come together to stop gun violence at any time," Kenney said. "But never more so than right now."

The mayor also called on District Attorney Larry Krasner to "vigorously enforce all firearm-related charges during this time of crisis."

A spokesperson for the District Attorney’s Office released a statement reading in part:

“The DAO has vigorously prosecuted and has not declined to charge a single individual arrested by police during the COVID-19 emergency for a shooting, homicide, or other violent crime."

The spokesperson added, "The DAO has declined to charge 11 individuals for lesser offenses during this time period, mostly due to insufficient evidence to proceed. District Attorney Krasner is grateful for Police Commissioner Outlaw’s leadership during this crisis, and for her assurances that officers and detectives will take special precautions while protecting their own health to preserve and record evidence for prosecutions that proceed through the courts remotely now, as well as for prosecutions that proceed through the courts normally after the health emergency ends. District Attorney Krasner continues to urge the Kenney Administration to provide appropriate resources to ensure street cameras, forensics, and other evidence testing and crime prevention functions continue uninterrupted throughout this health emergency."

Philadelphia remains under a stay-at-home order issued by city and state officials in an effort to slow the spread of the disease.

"They should not have been gathering," said Philadelphia Police Deputy Commissioner Melvin Singleton. "But that is not the issue here."

No arrests have been made in connection with the shooting. This is an ongoing investigation.