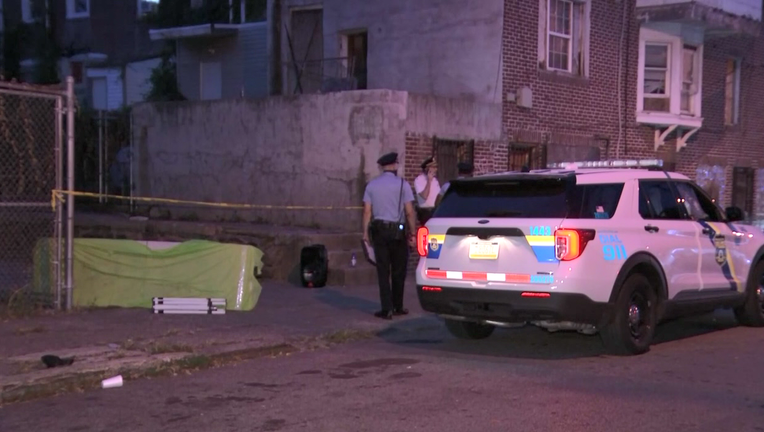 PHILADELPHIA - Authorities are investigating after a young man was found shot several times on the street Wednesday night in East Germantown.

Police responded to the 5800 block of Brush Street just after 7 p.m. for reports of a shooting.

Officers reportedly found a 23-year-old Shareef Cato suffering from gunshot wounds to the neck and back. Philadelphia Police Chief Inspector Scott Small says a dozen shell casings were found around Cato's body, indicating that he was shot from close range.

Cato was rushed to Einstein Medical Center where he died.

Authorities say nearby cameras captured a car fleeing the scene and sideswiping parked vehicles. Police were able to collect the license plate number from the suspected getaway car.

No word on any arrests at this time. Police have not said what sparked the shooting.

2 killed after SUV crashes into tree in Kensington

Man, 22, critical after he is shot multiple times in Juniata Park