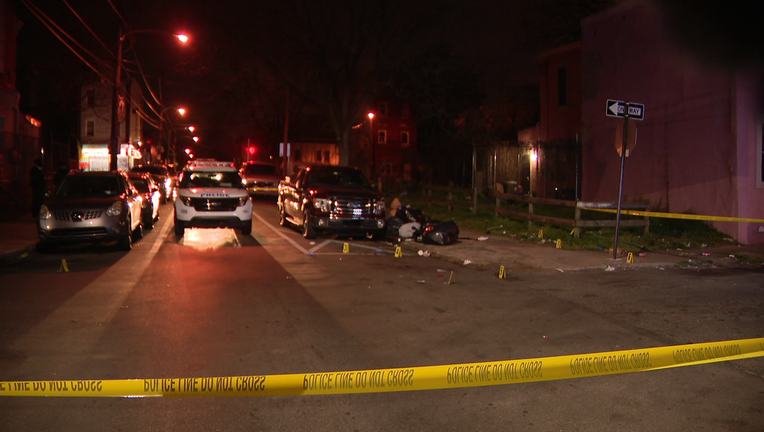 Police investigate after a 24-year-old man was shot several times and killed in North Philadelphia.

NORTH PHILADELPHIA - A 24-year-old man has died after he was shot several times in North Philadelphia, officials said.

Police responded to the 2000 block of West Dauphin Street early Saturday morning on the report of a shooting, according to authorities.

Officers discovered a 24-year-old man shot seven times when they arrived on the scene.

They rushed him to Temple University Hospital, where he succumbed to his injuries and was pronounced dead.

Police say an investigation is ongoing.