Father shot, killed as he sat in minivan with 2 of his daughters in Queen Village

Raymond Lighty, 42, was killed after police say he was shot multiple times while inside a minivan with his two daughters. Police say a third daughter was also standing nearby. None of the girls were injured.

QUEEN VILLAGE - A 42-year-old man is dead after he was shot multiple times inside a vehicle Philadelphia's Queen Village neighborhood, while two of his daughters were also in the vehicle and a third was standing nearby.

Officials said the shooting occurred on the 900 block of South 4th Street Monday, about 5:45 in the evening.

Responding officers found Raymond Lighty, 42, slumped over in the vehicle, in the driver's seat, after he was shot as many as 10 times in his chest, torso and head. His 16-year-old and 13-year-old daughters were in the vehicle while he was shot. The girls were not hit by the gunfire.

Police say a third daughter was also standing nearby at the time of the shooting. She was also unharmed. 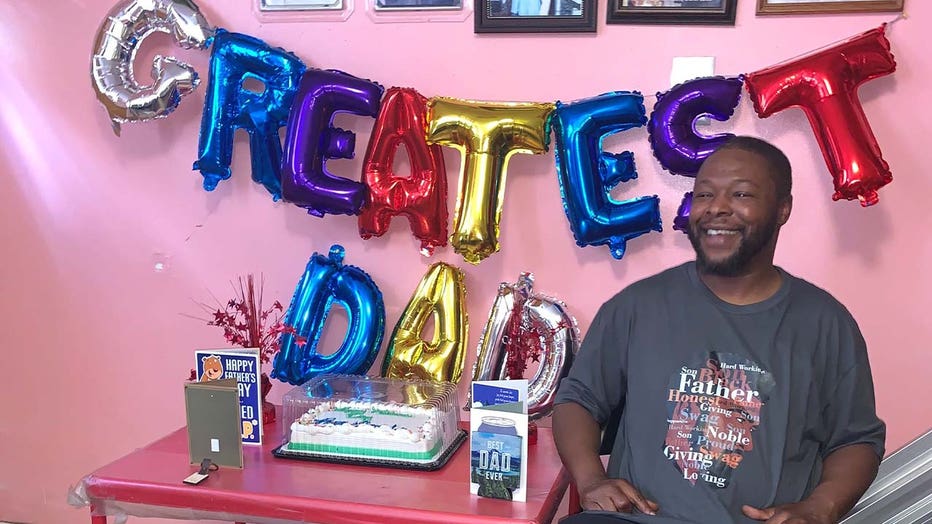 Raymond Lighty, 42, died after he was shot while sitting in a minivan with two of his daughters (Photo provided by family).

He was rushed by police to Jefferson Hospital, where he died a short time later.

Authorities say the Lighty, an Upper Darby resident, was in their area to either pick up or drop off his daughters at a nearby home.

Investigators say they found 14 spent shell casings at the scene, and many of them were found inches from the front of the van the victim and two of his daughters were sitting in. Police counted 14 bullet holes in the vehicle's windshield.

According to a source, police are not ruling out a case of mistaken identity but the motive is still under investigation. FOX 29's Kelly Rule reports that police are looking into whether or not this was connected to a "shooting incident" nearby the night before where no one was hurt. The source adds there is video and police believe the shooter was dressed in all black with a ski mask on.

No weapons were found and no arrests have been made.