FOX 29's Steve Keeley has the latest details on the officer-involved shooting that left 1 man dead in South Philadelphia.

PHILADELPHIA - A wanted man was shot and killed by police after investigators say he fired a handgun at officers when they tried to serve an arrest warrant Tuesday night in South Philadelphia.

The deadly shooting happened at a property on the 1900 block of South Bancroft Street around 6 p.m., according to police.

Sergeant Eric Gripp from the Philadelphia Police Department explained to reporters that an arrest warrant was issued for the suspect in connection to a domestic aggravated assault incident that happened earlier in the day.

When officers and SWAT team members arrived at the property, Gripp said they saw the suspect through a partially opened door and ordered him to come outside. 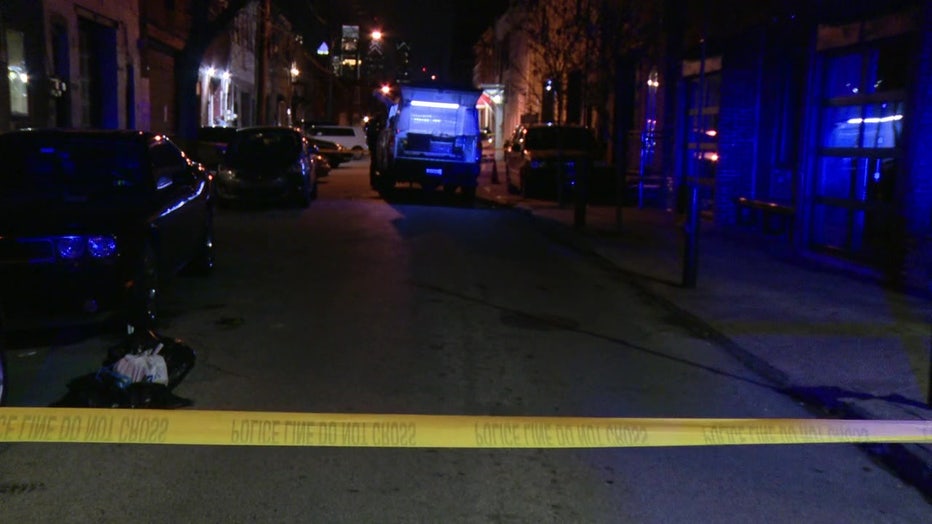 The suspect then point a handgun at the officers and fired at least three shots, according to investigators. A SWAT officer returned fire and struck the suspect multiple times in the body, Gripp said.

The suspect, who was known to police, was taken to Jefferson University Hospital where he died around 6:30 p.m.

No officers were injured during the exchange of gunfire.

"This just speaks to the level of gun violence that we continue to see in the city," Gripp said. "You know, we flip the calendar to a new year, but it's an arbitrary thing, situations like this just seem to continue."