PHILADELPHIA - A man has died and a woman is in the hospital after Philadelphia police say they were the victims of a shooting in Queen Village. The shooting was captured on nearby surveillance cameras.

Around 11:45 p.m., Philadelphia police responded to a report of a person with a gun on the highway on the 200 block of Bainbridge Street.

When officers arrived on the scene, they found a 38-year-old man in the driver's seat of a Mercedes Benz with multiple gunshot wounds to the neck and chest.

A 25-year-old woman was also found in the street after police say she had been shot in the stomach and left thigh. 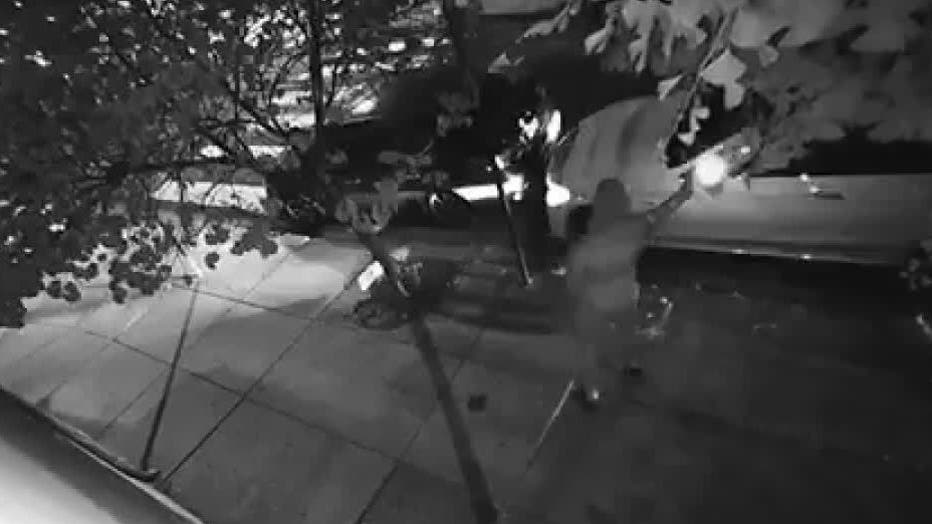 Police say the gunman fired nearly a dozen shots into the vehicle from close range.

Both were taken to Jefferson University Hospital where the man later succumbed to his injuries. The female victim has been listed in critical condition.

Police say 11 spent shell casings were found on the sidewalk, just feet away from the driver's side door. They believe both victims were sitting inside the vehicle when the shooting occurred.

FOX 29 has obtained video of the incident showing the driver getting into the vehicle, a short time before the suspected gunman approaches his door. Video shows the gunman fire several shots into the vehicle, as glass from the window falls to the ground. 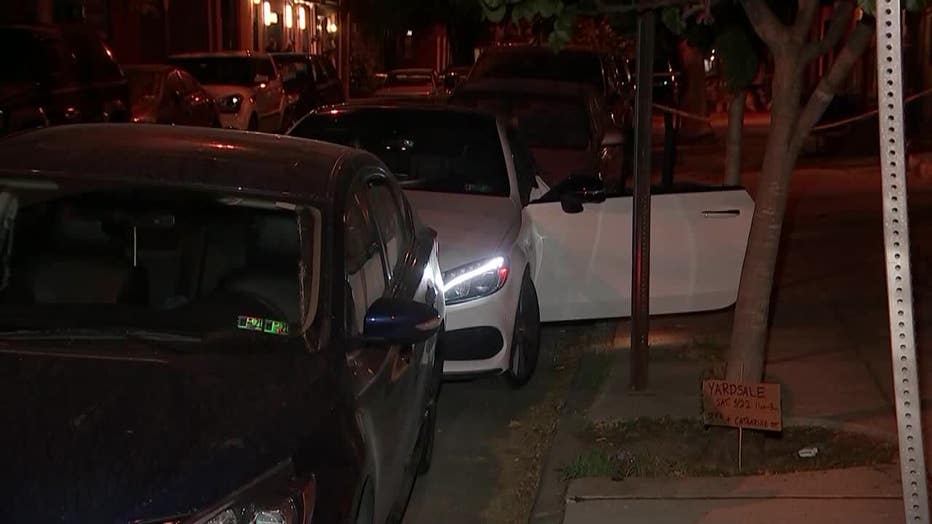 Police say 11 shell casings were found just feet from where the male victim was shot.

Investigators say they believe the gunman was in a vehicle that was double-parked on Bainbridge Street when one or two suspects got out and carried out the shooting. They got back into the vehicle after the incident and reversed back down Bainbridge. The vehicle was last seen heading south on American Street.

The investigation is ongoing and police say there is no word on a motive or suspect at this time.

The incident was one of four deadly shootings that police say occurred across the city on Monday.

Suspect in series of Philadelphia rapes, robberies suspected of similar crimes in 7 other states
___