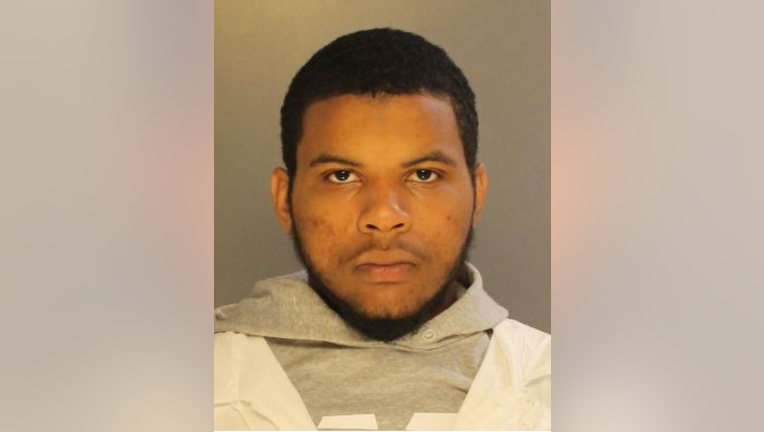 PHILADELPHIA - A Philadelphia man will spend his life behind bars for the 2021 killing of a young father, whose life was taken while on a walk with his baby and partner.

Nasir Watson has been found guilty of first-degree murder, violation of the uniform firearms act, possession of an instrument of crime and recklessly endangering another person.

Surveillance cameras captured Watson stalking 25-year-old Eric Fuller as he cradled his 7-month-old daughter in one arm, and pushed a stroller with the other.

Watson opened fire on Watson, striking him 19 times. He then continued shooting the victim as he laid on the sidewalk with his baby facedown beside him.

Officials say Fuller had tossed the infant to the ground to protect her from any gunfire.

"You never know when it will be the last time you speak to or see a loved one," said Yvette Fuller, Eric's mother.

The suspect was taken into custody over a week later after fleeing in a getaway car with his accomplice, who officials say has yet to be identified.

An investigation, including surveillance, DNA and identification by the suspect's father and parole officer, led to the suspect's eventual conviction.

He was sentenced to life without the possibility of parole on Thursday.