Philadelphia police are investigating a shooting in Center City. FOX 29's Steve Keeley is live in the city with the details.

PHILADELPHIA - Philadelphia police are investigating a drive-by shooting that injured a man in Center City on Wednesday night.

According to police, officers found a 19-year-old man on the sidewalk with gunshot wounds.

SEPTA officers took the man to Jefferson Hospital, where he is listed in stable condition, according to authorities.

Police say the man was shot in each arm and in the thigh.

According to officials, 15 spent shell casings were found on the scene.

Authorities now say they are looking for a white Jeep in connection with the case after originally saying they were looking for dark-colored vehicle. 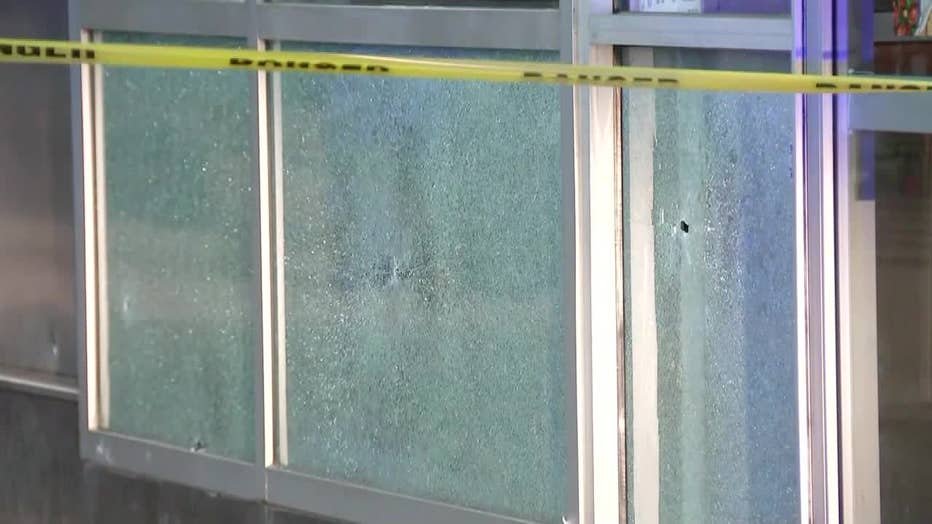 The windows of the Corner Bakery Cafe in Center City were hit by gunshots during a drive-by shooting that injured a 19-year-old.

The Corner Bakery Cafe, which is near the crime scene, was struck several times by gunfire, per authorities.

Police say they are still working to determine if there were multiple shooters.