PHILADELPHIA - The National Guard has begun to arrive in Philadelphia to help quell the unrest as citywide looting and riot continued into Monday.

“The Pennsylvania National Guard is ready to provide safety and protection to our communities,” said Maj. Gen. Anthony Carrelli, Adjutant General of Pennsylvania. “Our troops are trained to protect life, preserve property and ensure people’s right to peacefully demonstrate.”

What began as peaceful protests for Justice for George Floyd turned into a dangerous spread of violence and rioting.

Two days of unprecedented violence emerged and ultimately resulted in the city being shut down -- with access restricted and a curfew imposed for 6 p.m.

In the city, rioting and looting continued to run rampant. Looters ransacked businesses in Kensington and Port Richmond, and sometimes even fought with each other over the stolen merchandise. 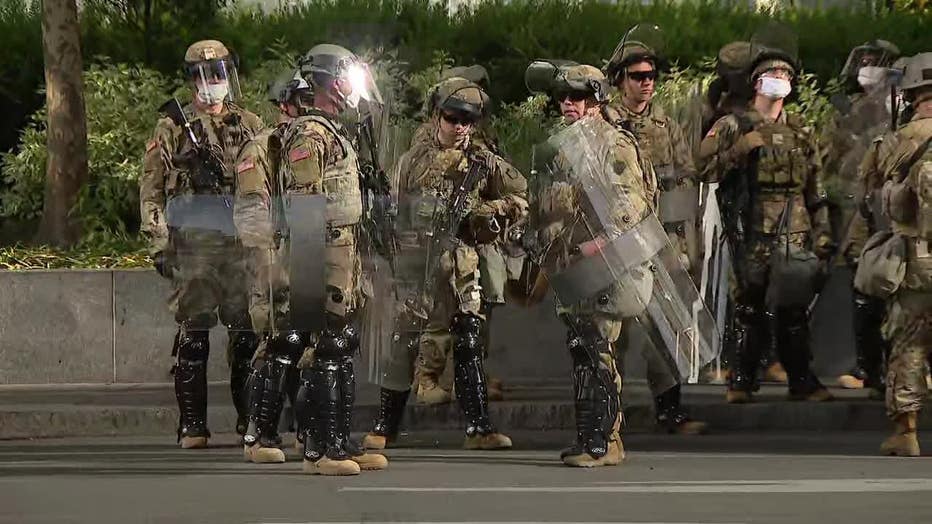 In West Philadelphia, several police cruisers were vandalized and set on fire. Looters broke into a corner drug store and a discount items shop on 52nd Street. During a press briefing Sunday night Managing Director Brian Abernathy reported five officers were hurt during the rioting.

Despite a mandatory citywide curfew, which was moved up from 8 p.m. to 6 p.m., looters and demonstrators remained in the streets. Peaceful protesters lead a march down Broad Street near Oxford Avenue.

FOX 29's Steve Keeley reports on the presence of the National Guard at City Hall.