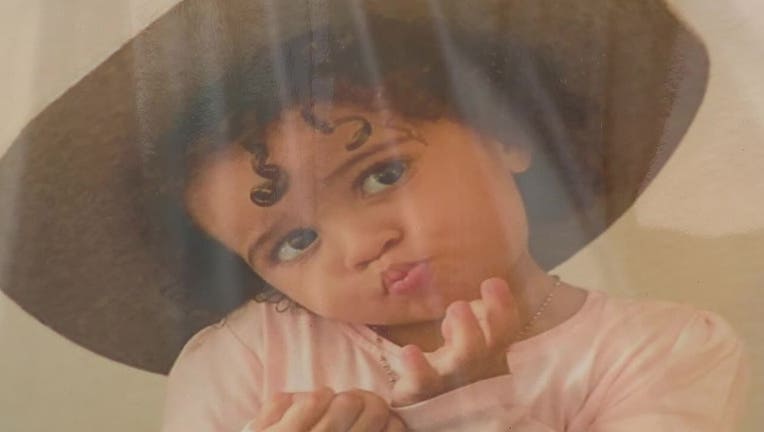 PHILADELPHIA - A judge sentenced a man to 55 to 110 years in state prison in connection to the shooting death of 2-year-old Nikolette Rivera while she was in her mother's arms inside a Kensington home.

DA Larry Krasner made the announcement during a Monday morning press conference that Tayvon Thomas, 27, was sentenced after pleading guilty to third-degree murder, attempted murder and over two dozen other charges.

On October 20, 2019, Thomas and his co-conspirator, Freddie Perez, drove to the Kensington house where Rivera resided with her mother, Joan Ortiz, according to authorities. Thomas opened fire on the home with a high-powered rifle, located on the 3300 block of N. Waters Street, fatally shooting Rivera once in the head. Ortiz was shot in the upper left arm and head, but survived. Another individual who was present cleaning carpets in the home was also injured.

The intended targets were two former associates of Perez who were not in the house at the time of the shooting. According to witness statements, Perez was angry at the narcotics trafficking group for putting out a hit on him which resulted in Perez being shot in 2018. Perez was also upset that the group failed to pay his bail after he was arrested for selling their narcotics approximately one hour prior to the N. Waters Street shooting,

Authorities say Thomas and Perez also opened fire on two pedestrians and the driver of a pickup truck, all of whom escaped injury, on the 400 block of E. Clearfield Street, before fleeing that scene in a vehicle.

The two were apprehended days later and confessed to all of the incidents. Investigators believe that the two men intended to take over the narcotics group by force.