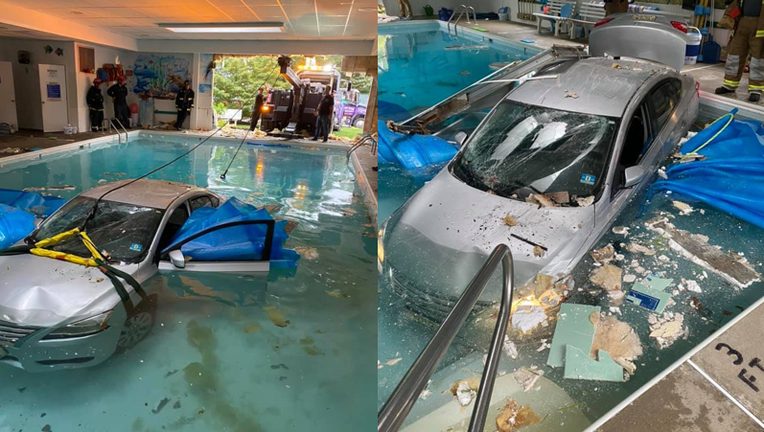 ISLAND HEIGHTS, N.J. - Police are investigating after a car crashed into a swim school in Ocean County.

The incident happened Saturday at approximately 5:17 p.m. at the Pied Piper Swim School.

According to police reports, the vehicle crashed into the building causing massive structural damage.

Police say Robert Bjorklund, 52, of Seaside Heights, refused treatment. An initial investigation revealed that Bjorklund was driving under the influence. He was arrested and issued multiple traffic summonses.

No injuries were reported at the time of the crash.