The footage shows a Mantua Township police officer arriving to a call on the 200 block of Elm Avenue and within seconds, firing his weapon at least a dozen times.

You can hear officers on the body camera footage yell, "He’s got a handgun on him!"

Another officer yells, "Where?"

An officer responds, "Right there!"

On the call, Sharp says, "I got two intruders in the back of my yard."  He later adds, "I looked out my window and the one guy was in my shed."

Sharp told the dispatcher that he saw one person in his yard armed with a gun and that he set off firecrackers to scare them away, before adding, "My grandfather willed me a .45. I don’t know what I’m allowed to do with that." 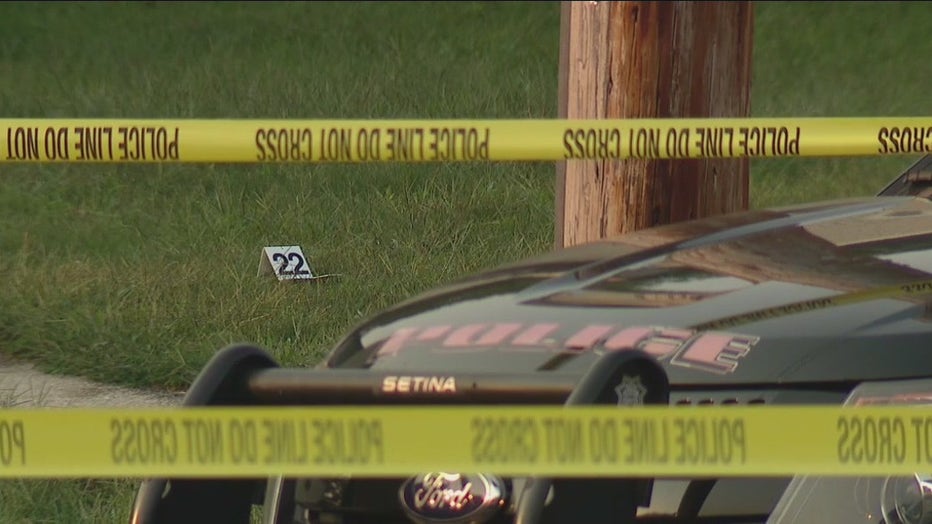 Then, the officers arrive on the scene. On the 911 call, you can hear an officer yell at Sharp to drop the weapon. "Put the gun down," an officer said.

The dispatcher tries to continue the call, asking, "Are you talking to one of my officers?"

Seven seconds later, an officer yells, "He’s got a handgun on him."

You can later hear officers talking about what just unfolded.

One officer says, "The guy came out and pointed a gun."  The conversation continues, "He pointed a gun.  I thought he was going to f-ing shoot me, dude."

Investigators later confirmed that the weapon they recovered at the scene wasn’t real. It was a detailed replica.

The shooting remains under investigation by the New Jersey Attorney General’s Office.

FOX 29's Jennifer Joyce reached out to both the NJ AG’s Office and the Mantua Police Department for the status of the firing officer, but we have not heard back.