The commission voted to relocate the statue for a period of six months and then bring it back to a yet to be determined location.

Eight of the commission's nine members voted to move the statue that overlooks South Broad Street into storage. This after the Philadelphia Historical Commission voted late week 10-12 in favor of removing the statue.

Philadelphia will be responsible for the safe removal and storage of the Columbus statue. The city's art commission will then be tasked with deciding where it can be relocated in the future.

In June, the statue became the point of contention between groups who wanted to defend it from vandalism amid ongoing social unrest, and other groups who saw the statue as a symbol of hate. The confrontations between the opposing sides resulted in violence and arrests. As a result of the clashes, Mayor Jim Kenney and city officials denounced the vigilante groups defending the city's property. 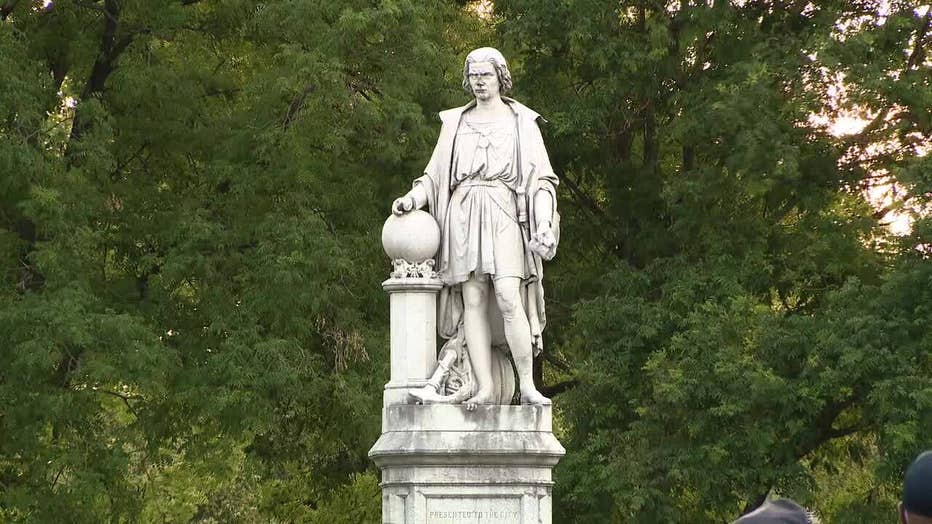 Since then, the statue has remained encased in a wooden box while the city and art community deliberate its future. Mayor Kenney in June made his stance on the Columbus statue known by requesting it be removed.

"Clashes between those individuals who support the statue of Christopher Columbus in Marconi Plaza and those who are distressed by its existence have deteriorated to a concerning public safety situation. It is a situation that cannot be allowed to continue," the mayor wrote.

The base of a second monument honoring Christopher Columbus was being hidden from view while its future is debated.