PHILADELPHIA - People in West Philadelphia are taking the next step in securing their homes and businesses - for free.

The West Philadelphia Corridor Collaborative is providing free security cameras to 310 business and homeowners in high crime areas. They will also receive a three-year warranty.

The first 60 applicants were chosen this week, including Angela Atiyah Havens, owner of Amatullah's Treasures at 63rd and Lansdowne.

"Two blocks down someone got killed more than one time, and down the block the same," Havens said. 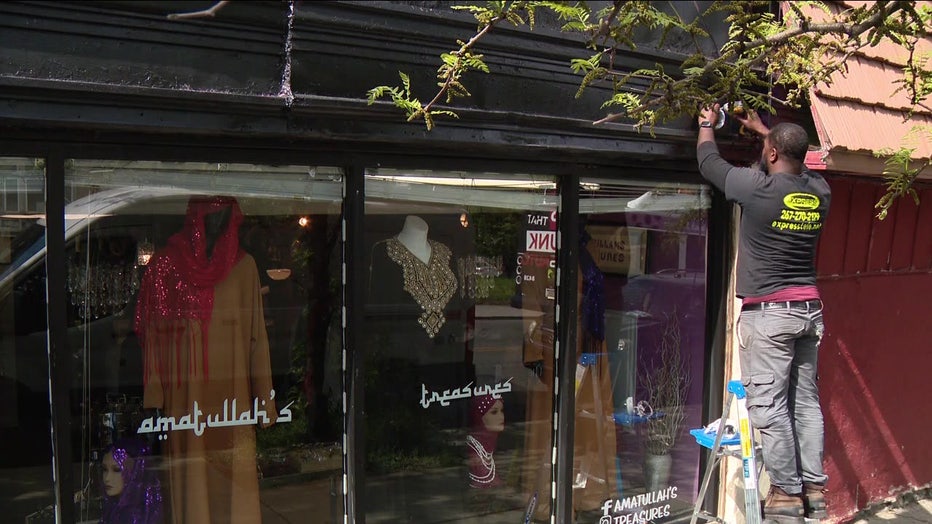 Some cameras were installed today as part of the free program.

She hopes the cameras will give her and her customers some peace of mind.

"I personally had to cut off my Citizens app because it was giving me anxiety every time it pinged," she said. "Seeing the cops fly down the block it's just overwhelming."

In addition to businesses, cameras were also installed outside homes with proximity to violent crimes.

Kirsten Britt, who lives on Carpenter Street, believes the program is about security and equity.

"Everybody should have the opportunity to feel safe in their homes, and I don't look at it like, so we can catch the bad guys," Britt said. "It was an opportunity to create a deterrent in our neighborhoods so that we can be safe."

The first cameras, which can connect to a phone, app, laptop or television, were mounted Thursday by Express Telecommunications.

"We're believing that these cameras are going to be visible deterrents," they said.

The West Philadelphia Corridor Collaborative has received 1,800 applicants so far. The program says they are trying to obtain more money to provide cameras to people not covered under the current grant.

"We're hoping that in the case that crimes do occur, that the footage is razor sharp to catch the perpetrators," said Jabari Jones, the president of the collaborative.