Officer 'shaken up' after being dragged during traffic stop in West Philadelphia, police say

FOX 29's Steve Keeley has the latest after an officer was dragged during a traffic stop.

PHILADELPHIA - Investigators say a Philadelphia police officer prevented an armed driver from pulling a gun during a traffic stop by hanging onto the suspect's arm and the steering wheel as the driver fled.

Officers from the Philadelphia Police Department pulled over 25-year-old Amir Dickerson on the 5300 block of Baltimore Avenue on Tuesday night for a number of traffic violations.

During the stop, an officer noticed a bulge in Dickerson's waistband and suspected that it might be a gun, according to investigators. When the officer opened the driver's side door of the Nissan Murano, police said Dickerson turned the car on and slammed on the gas.

The officer fell partially into the vehicle and a struggle ensued during which the officer held onto the steering wheel and Dickerson's arm to prevent him from grabbing the firearm, authorities said.

The Nissan speed down Baltimore Avenue with the officer partially inside and eventually slammed into several parked cars near the intersection of 48th Street, according to investigators.

Police said Dickerson was in possession of a loaded 9mm handgun. 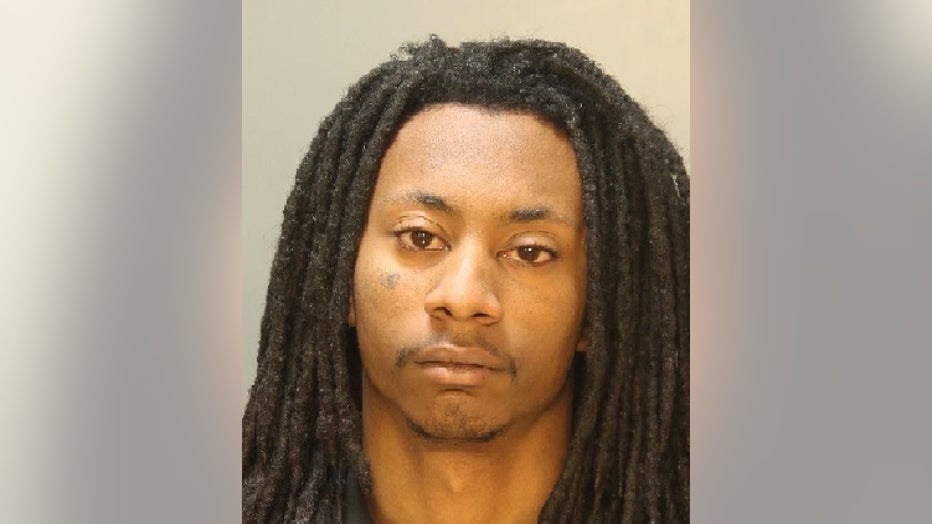 He was taken into custody and has been charged with aggravated assault, resisting arrest, fleeing police and other crimes.

The officer was brought to Penn Presbyterian Hospital for minor injuries and has been released.

"He has a laceration to his neck. He's also had some bumps and bruises, but mainly he's really shaken up," Philadelphia Police Chief Inspector Scott Small said. "The officer is extremely lucky."