FOX 29's Kelly Rule has the latest on the investigation.

PHILADELPHIA - The Philadelphia Police Department has opened an internal affairs investigation after receiving a tip about one of their detectives allegedly attending the pro-Trump rally that later spiraled into chaos at the Capitol.

"We are aware of social media posts that allege that a Philadelphia Police Department detective may have been in attendance at the events in Washington, DC on January 6th," Sergent Eric Gripp said. 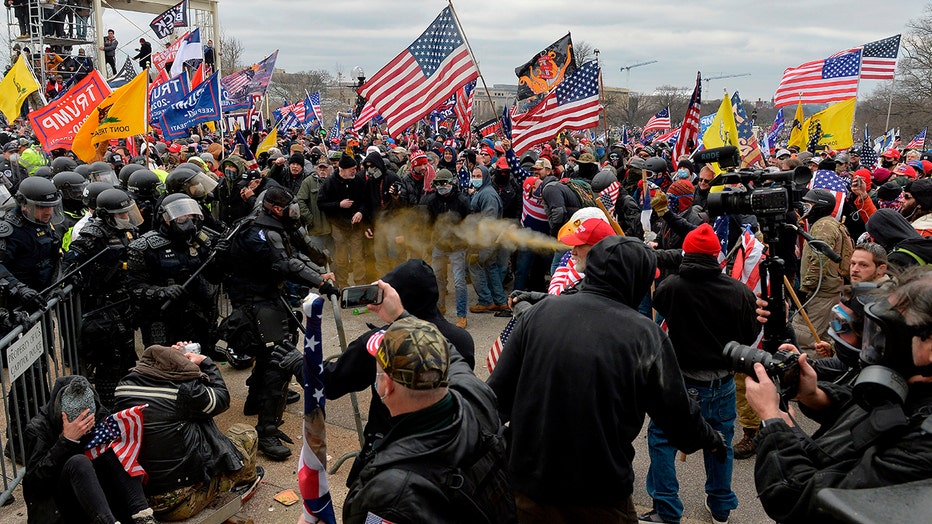 Trump supporters clash with police and security forces as they try to storm the US Capitol surrounded by tear gas in Washington, DC on January 6, 2021.

The detective, a woman who reportedly works in the department's recruiting unit, allegedly posted pictures on social media of themself at the rally. The posts have since been taken down.

The department says it's working to determine if any "policies were violated by the detective and if they participated in any illegal activities."

The detective's assignment has been changed pending the outcome of the investigation. Police tell FOX 29 that the reassignment is not a disciplinary move.

Attempts to reach the detective for comment were unsuccessful.

Mayor Kenney released a statement reading in part: "We are currently looking into at least one instance of a City employee said to have attended the activities last Wednesday, and we are specifically looking at whether that individual joined in the lawbreaking and violence. I sincerely hope that is not the case — I hope good judgment prevailed. But rest assured that should this individual or any City worker be implicated in criminal activity as a result of that demonstration, he or she will be disciplined up to and including termination.

Fraternal Order of Police Lodge #5 President John McNesby released a statement on Monday confirming that the detective was in D.C. and condemning the violence that occurred at the Capitol.

"Our detective traveled to Washington, DC this week on her day off and exercised her First Amendment rights to attend an event.  We believe she has done nothing wrong and we await the results of a complete, internal review. We strongly condemn the violence and loss of life at the Capitol and hope those responsible will be prosecuted to the fullest extent of the law," the statement read.