FOX 29's Steve Keeley has the latest on a traffic stop turned officer-involved shooting in Logan.

NORTH PHILADELPHIA - A Philadelphia police officer was wounded and a suspect was killed after a traffic stop led to a police-involved shooting in the city's Logan section.

It happened on the 1500 block of West Somerville Avenue Wednesday around 6:45 p.m.

The initial two officers that pulled over the vehicle ran the names of the four occupants inside and two came back wanted for outstanding warrants. Police called for backup.

According to police, a passenger started firing shots at officers from inside the vehicle. The man then exited the vehicle and fired another round at police, investigators said.

Police discharged their weapons and struck the man multiple times.

"At that point, five officers that were outside the vehicles discharged at the male multiple times. He was struck multiple times in the torso," Philadelphia Police Sgt Eric Gripp said during a briefing. 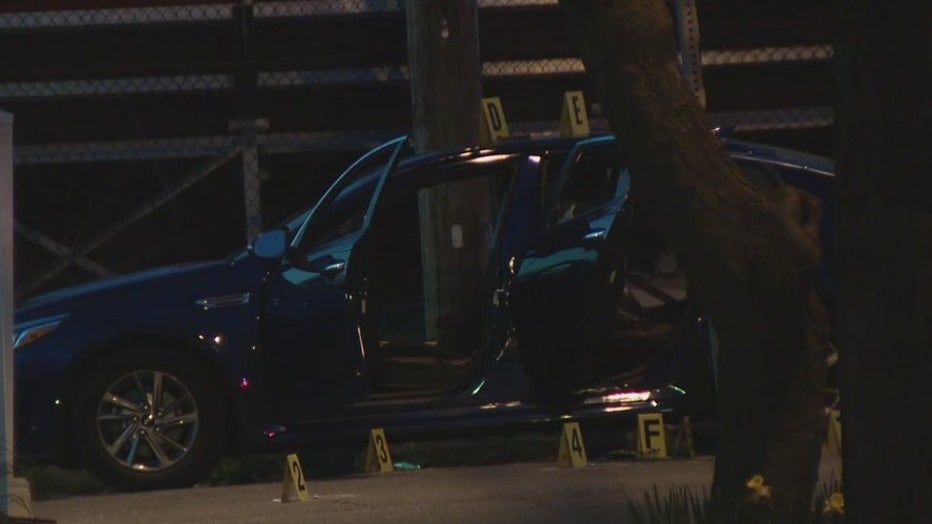 Police say a man fired shots at officers during a traffic stop in Logan Wednesday night.

Police say the 24-year-old man was pronounced dead at Einstein Medical Center. An officer was shot in the foot. He was also taken to Einstein where he is listed in stable condition.

Family members have since identified the suspect as James Alexander, while also disputing police accounts of what happened prior to the shooting.

It’s unclear why the vehicle was pulled over. A weapon was recovered at the scene, police said.

"For someone to shoot at a police officer is very telling. It makes you wonder not only what was going on in their mind at the time, but what is it they’re trying to get away from," Outlaw said.

The officer has been on the force since 2016.