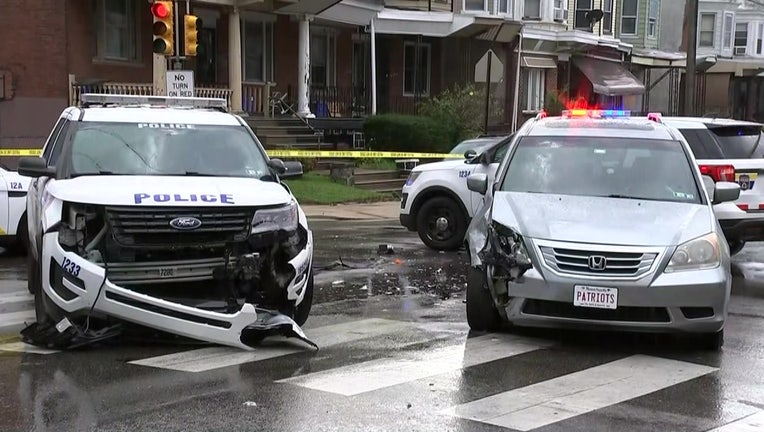 PHILADELPHIA - No one was seriously injured when a police cruiser responding to a shooting collided with a van Saturday afternoon in Southwest Philadelphia.

According to police, a patrol car was driving north on 54th Street with its emergency lights on when it struck a Honda van on the front passenger's side near Whitby Street.

The driver of the van was taken to Penn Presbyterian Hospital with a bruised arm, police said.

The officer was reportedly uninjured.