The shooting happened at 5 p.m. Sunday.

SOUTHWEST PHILADELPHIA - Homicide detectives are investigating after a man was killed during a double shooting Sunday afternoon in Southwest Philadelphia.

Officers patroling Philadelphia's 12th district responded to the areas of 62nd and Elmwood Streets around 4:30 p.m. after hearing gunshots, according to Chief Inspector Scott Small.

A 20-year-old man, identified as Quamir Tunnell, was reportedly shot in the head and a 34-year-old suffered a gunshot wound to the stomach. Both men were taken by police to Penn Presbyterian Hospital where Tunnell died. The 34-year-old is in critical condition but is expected to survive, according to Small. 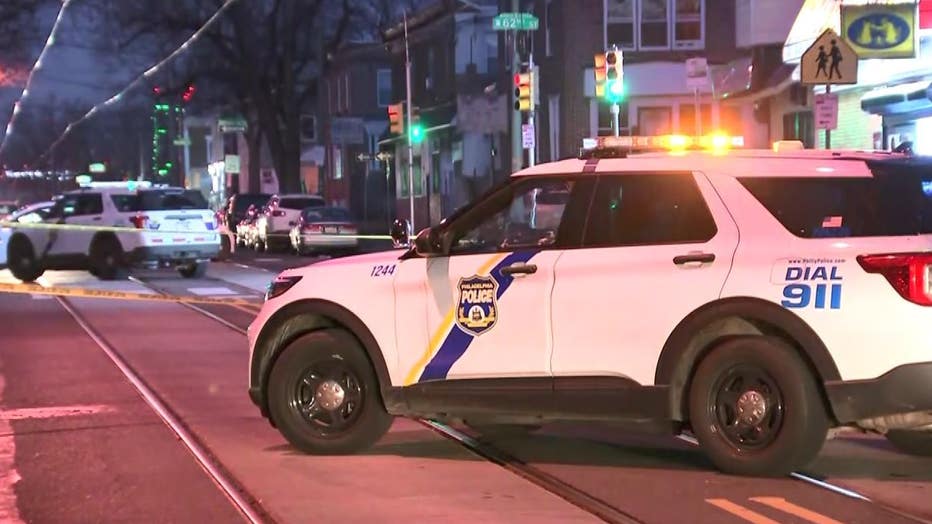 Witnesses reportedly told police they heard arguing just before the gunshots rang out. Investigators say 14 spent shells were found on the scene.

Witnesses are being interviewed by homicide detectives. Police also hope to use surveillance footage from nearby businesses to help with the investigation.

No arrests have been reported, but Small says investigators have a description of a person of interest.

Police: Man shot in both knees while driving in South Philadelphia