Group of suspects sought in slaying of man in Northeast Philadelphia, police say

The Philadelphia Police Department is searching for five suspects wanted in connection with a fatal shooting in Northeast Philadelphia.

PHILADELPHIA - The Philadelphia Police Department is asking for the public's help to identify a group of suspects wanted in connection with the fatal shooting of a man in Northeast Philadelphia.

According to police, the deadly shooting took place on the 7700 block of Fairfield Street on November 27 at 8:00 p.m.

Authorities say surveillance video captured the suspects prior to the shooting.

The suspects traveled in a dark-colored Toyota Highlander believed to be made between 2014 and 2019, investigators say.

According to authorities, a fifth suspect was in the vehicle and not captured on surveillance video.

A $20,000 reward is being offered for information that leads to the arrest and conviction of the suspects involved.

Anyone with information is urged to contact Philadelphia police at 215-686-8477 or submit an anonymous tip online. 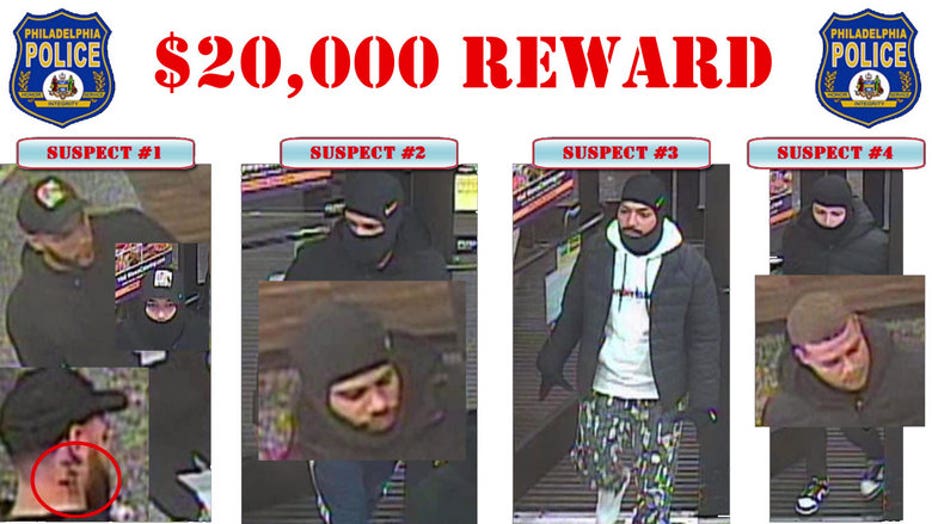