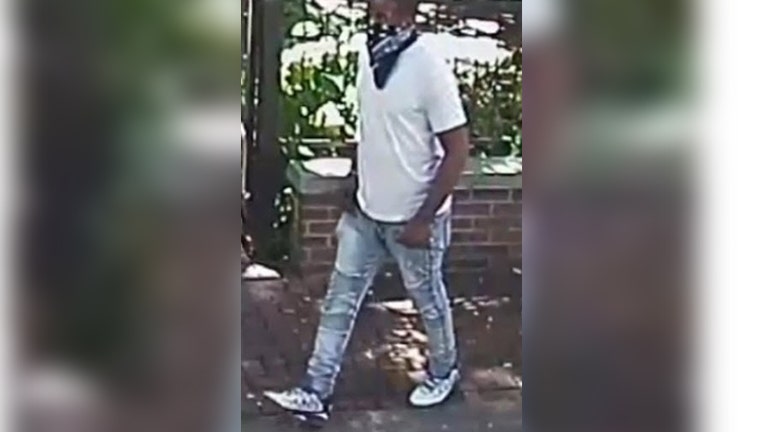 SOCIETY HILL - Authorities are searching for a man accused of violently robbing a woman in Society Hill last weekend.

Police say the incident happened Sunday afternoon on the 700 block of Addison Street. The suspect allegedly grabbed a 61-year-old woman from behind and dragged her approximately 15 feet then punched her in the jaw.

Police say the suspect took the victim's wallet which contained various cards, identification and $150, then fled on Addison Street.

The victim reportedly received minor cuts and scrapes from the assault.

Police released surveillance footage Wednesday morning of the man suspected of carrying out the brutal attack. He is described as a Black man wearing distinctive jeans and distinctive sneakers.

Anyone with information on this incident is encouraged to contact detective at 215-686-8477.

Woman, 22, hurt after bullets rip through home in Strawberry Mansion