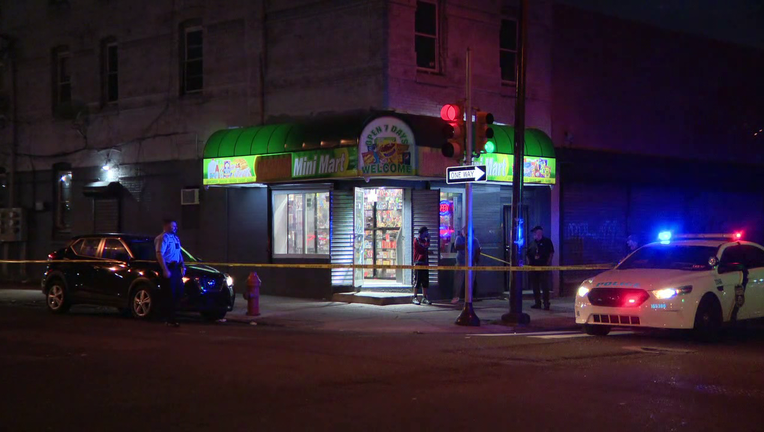 PHILADELPHIA - An attempted robbery turned deadly Sunday morning when police say the suspect was shot by his victim.

The shooting took place outside a mini mart on the 2100 block of West Diamond Street around 4 a.m.

Police say the 30-year-old man was allegedly trying to rob someone when the person shot him in the chest.

He was transported to Temple University Hospital where he was pronounced dead.

Police are still looking for the shooter.