Police outmatched with amount of guns and ammunition on the streets

Police say they are unmatched on the streets with the amount of guns and ammunition. FOX 29's Dave Schratwieser reports.

NORTH PHILADELPHIA - Police say that when they hit the streets, all they can do is prepare for the worst. And, in some cases, that means entering a war zone.

Sources tell FOX 29 that Maurice Hill not only had a semi-automatic AR-15, but he fired off three, 30-round magazines during an eight-hour standoff on North 15th Street in North Philadelphia.

"With that much firepower and a maniac on the loose firing at the police officers the way he did, they're lucky that they only sustained the wounds that they sustained," Chitwood said 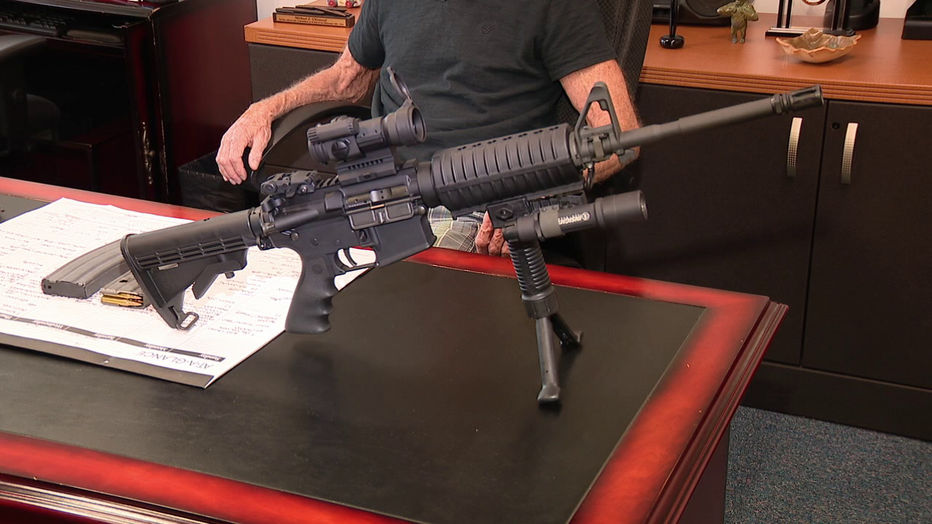 The double drum, 100-round magazine Hill allegedly had was just like the double drum magazine found at the scene of an armored car robbery in University City eight days earlier. Police say the gunmen in that botched holdup also used an AR-15.

"Why do we need something like that? It should be banned, it should be burned. It should not be in existence. It's stupid," Chitwood said.

Sources say investigators found blood on the AR-15 allegedly used by Hill. They're checking for DNA and fingerprints. Three other weapons were recovered with two violent shootouts this month. Chitwood is glad at least some officers carry the AR-15 in their patrol cars in case they face this weapon on the street.

"They're using it to do one thing, that's to kill and if the police are the ones in their way, they're gonna kill the police," Chitwood said.

Police are also reviewing the weapons used by police and body cam video on some of the officers at the scene.