Philadelphia police released surveillance video in connection with a double shooting outside of Westside Tavern Sports Bar in West Philadelphia.

PHILADELPHIA - Philadelphia police have released surveillance video and images of two suspects believed to be connected to a double shooting on April 21.

According to police, the first suspect is accused of shooting two people on the 6000 block of Market Street at 1:37 a.m. Thursday. 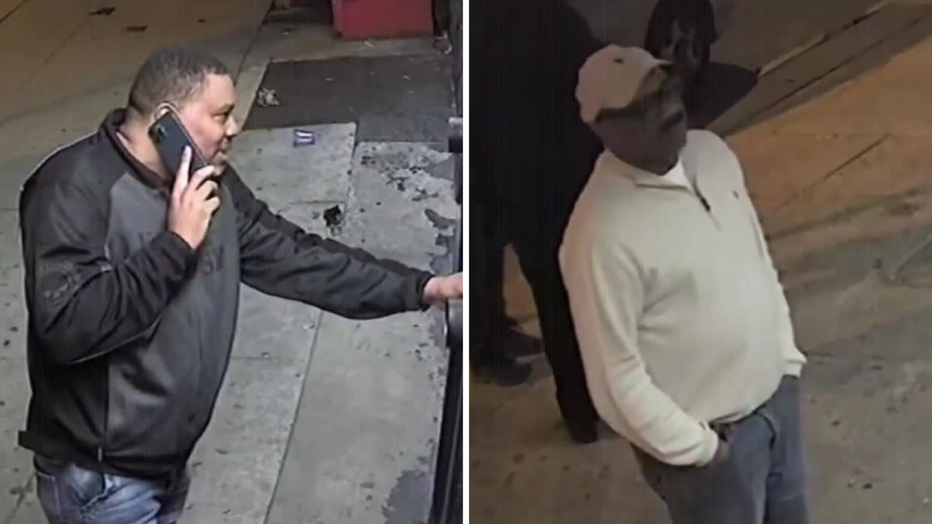 A 41-year-old man was shot twice in the thigh and a 36-year-old was shot in the ankle, according to authorities.

Anyone with information on the shooting is asked to submit an anonymous tip to 215-686-8477 or online here.