A man was killed and a woman was critically injured in a shooting near a Wendy's fast food restaurant in Eastwick on Sunday night, police said. No arrests have been reported.

EASTWICK - A man is dead and a pregnant woman is in critical condition following a double shooting that happened at a Wendy's in Eastwick on Sunday night, according to police.

Officers from the Philadelphia Police Department were called to the 7700 block of Lindbergh Boulevard just after 8:30 p.m. for reports of a gunfire.

Police say a 25-year-old man was fatally shot in the head and body. He was pronounced dead by medics at the scene.

A 24-year-old pregnant woman was shot in the back and driven to Penn Presbyterian Hospital by police in critical condition, police said. According to police, she and the baby have been stabilized.

Police say the shooting began when occupants of a white vehicle began firing on the victims. They continued shooting, striking the vehicle several times as the victims drove into the Penrose Plaza in an attempt to flee.

The victim crashed his vehicle in the parking lot of the Wendy's restaurants and then attempted to flee on foot back towards the 7700 Lindbergh Boulevard where he collapsed. He was then shot several more times while he was on the ground.

The second victim stayed at the Wendy's and called police. 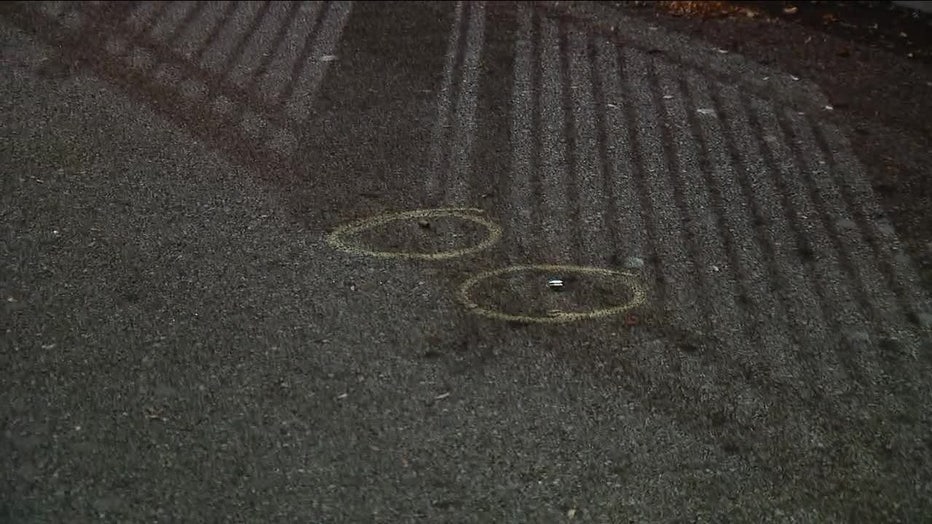