Shark sighting in Ocean City forces beachgoers out of water

OCEAN CITY, N.J. - A shark sighting in Ocean City, New Jersey caused a stir when beachgoers were forced out of the water.

Jake Chipken and his girlfriend Megan Willgoos described the moments after Ocean City lifeguards forced everyone out of the water Wednesday afternoon.

Willgoos caught a quick glimpse of a fin on her cell phone camera and snapped photos of large crowds at 7th Street beach standing along the shoreline. 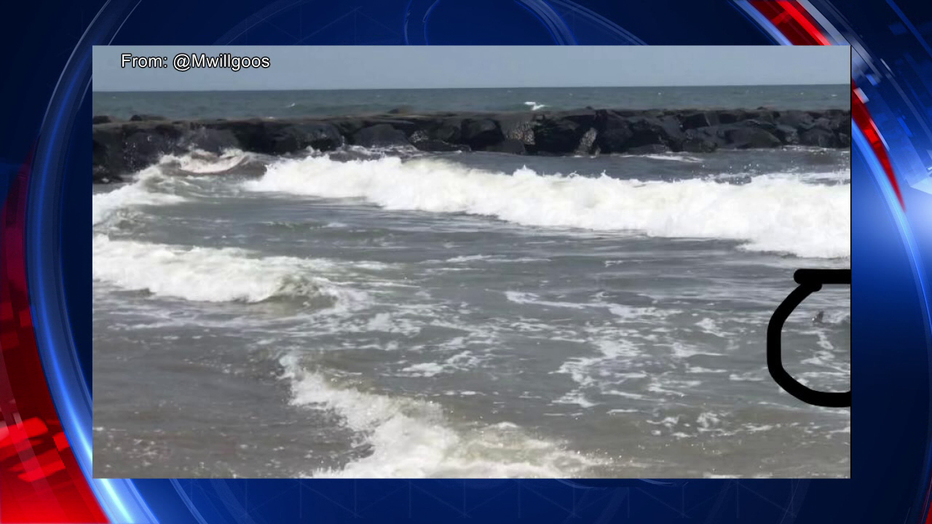 "I went to the lifeguards and overheard what they were saying that they all saw a shark, all three at the same time, and called everybody out of the water," Willgoos said.

One Ocean City beach patrol lifeguard told FOX 29 News off camera that there were two sharks spotted at 15th Street beach. Several lifeguards reminded us that small sand sharks are fairly common this time of year and they’re not typically aggressive.

A beach patrol lieutenant tells FOX 29's Jennifer Joyce that crowds at 10 ocean city beaches were cleared out of the water Wednesday because of “marine life scares," which can mean sightings of sharks, skate, bluefish even dolphins if they swim too close to shore.