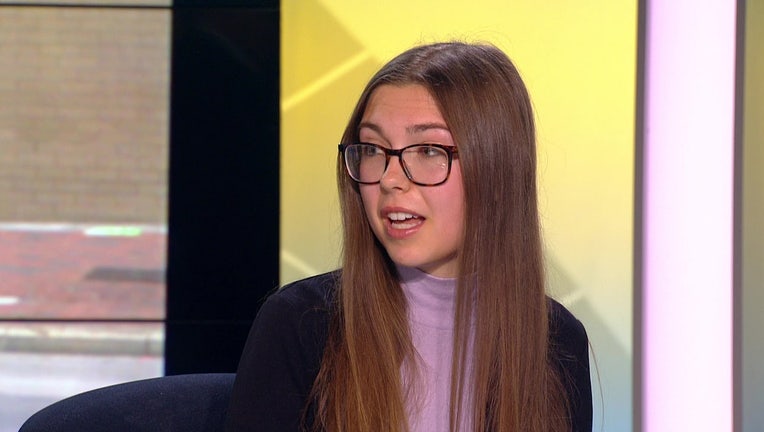 Isabel Romea says TikTok is to blame for her anorexia diagnosis.

PHILADELPHIA - What began as an innocent app on her phone, turned into a life-changing realization for one 20-year-old woman.

Isabel Romea, a computer science major at Swarthmore College, says her life took a turn after she started scrolling on TikTok.

Like many during the pandemic, Romea turned to social media as a distraction. That's when she discovered TikTok - an app featuring everything from dance videos to home renovations.

For Romea, it was the endless supply of cooking videos that caught her interest. However, the 20-year-old says those cooking videos quickly turned into "What I Eat in a Day" videos. 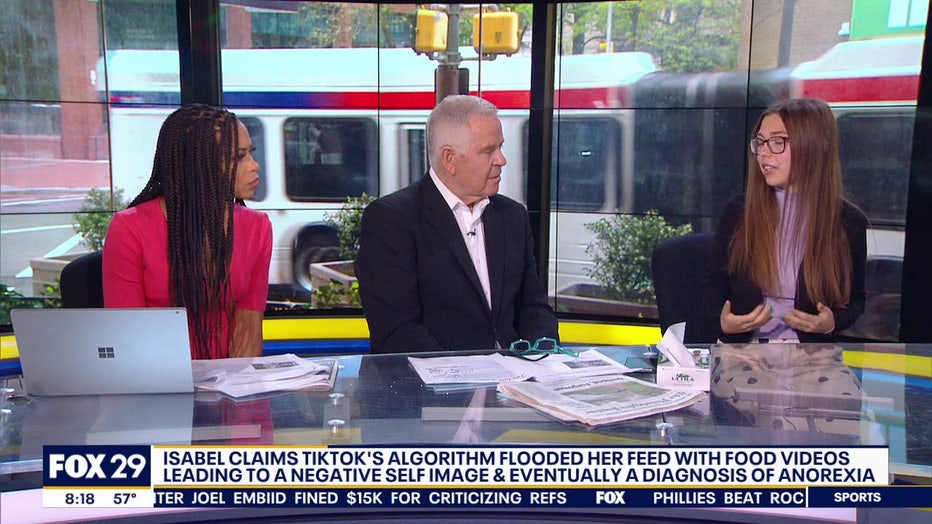 Isabel Romea is calling on TikTok to make a change.

Suddenly her feed was flooded with videos encouraging calorie counting, and it began bombarding her with "good" and "bad" foods.

Romea blames the algorithm for the sudden change in her TikTok content.

"I never chose to begin watching these videos; the algorithm chose for me," she said.

As the videos kept coming, Romea says she began obsessing over food and developed a negative body image, which eventually became a major health issue.

"What started as just viewing TikToks developed into a diagnosis of anorexia," she said.

After a year-long challenge of recovery, Romea is calling on TikTok to make a change.

"I think TikTok needs to be accountable for this and start to think of changes they can make to their algorithm," she said.