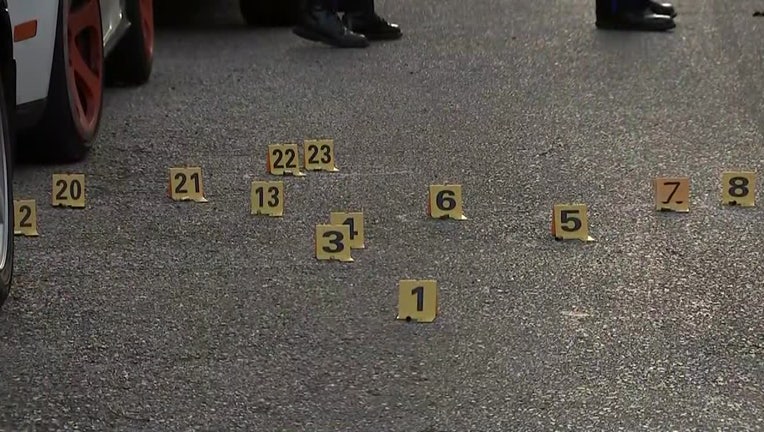 Authorities say a man was shot several times during a shootout Friday night in Philadelphia.

PHILADELPHIA - Authorities say a shootout between at least two men Friday night in Philadelphia left one of the gunmen fighting for his life.

Officers from the Philadelphia Police Department were called to the 100 block of East Wishart Street shortly before 7:30 p.m. for reports of gunshots.

Inspector D.F. Pace told reporters the victim was found shot at least seven times, including twice in the head.

Officers drove the victim, who was later identified as 24-year-old Eddie Rivera, to Temple University Hospital where he is in "extremely critical condition," according to Pace.

Investigators believe the shooting erupted when the victim and at least one other shooter exchanged gunfire.