The violence is surging in Philadelphia and there's no simple way to fix but some are trying to tackle the problem one piece at a time. A summer youth employment event was held Thursday night.

PHILADELPHIA - The violence is surging in Philadelphia and there's no simple way to fix but some are trying to tackle the problem one piece at a time.

"I go to the skate park every day so I'll have something to do," said 14-year old Emmett Boone. He stays productive doing something he loves and he's already making plans for the future to buy a car when he turns 18.

"I just wanted a job so I can make some extra money," he said. Today he took a step toward that goal showing up to an event this evening at Wilson Community Center in South Philly for a summer youth employment event.

"It's out of control. We need help in this city because these young men that's killing each other and wounding innocent bystanders," said Emmett’s grandfather John. His grandfather and grandmother brought him here out of concern for what they see happening on the streets of Philadelphia with other young people. 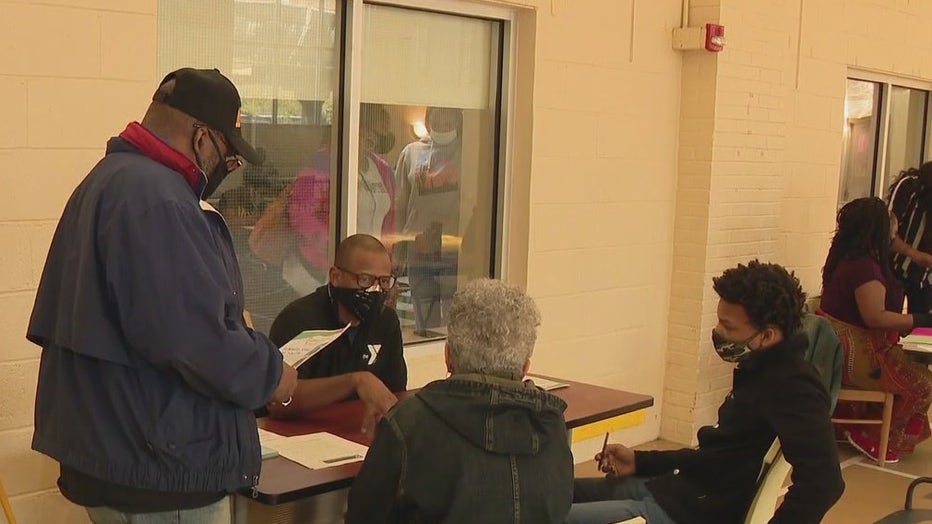 "The first thing they think to do is make money on the corner with drugs and then somebody comes in that territory and that's when the violence starts," said John Douglass.

Anton Moore says the violence is largely related to a lack of resources and employment.

"It's a big part of the problem because you teach them young to get up and work and do something positive that will carry them throughout their lives," he said. Moore is the president and founder of Unity in the Community.

"Kids been getting killed but it's up to us as leaders to create these opportunities for them," he said.

Rickey Duncan is the executive director of the NOMO Foundation which stands for "New Options More Opportunities". He has long worked with youth in poverty and against violence.

For more information visit the following: