Video of the incident posted to social media and shared widely shows a man walking out of a home next door and tossing a firebomb through a window, then walking away. The 35-year-old suspect was later arrested and may also be linked to recent vandalism incidents involving Temple and SEPTA facilities.

PHILADELPHIA - The suspect wanted for firebombing an off-campus rowhome where four Temple University students live is now in custody, according to the university.

The arson happened in the early morning hours of November 15th on the 2000 block of N Cleveland Street.

Video of the incident posted to social media and shared widely shows a man walking out of a home next door and tossing a firebomb through a window, then walking away.

Fortunately, the university says the students got out and no one was hurt.

"Hearing that it was intentional, we were all kind of like ‘oh,’ it brought a different element to it for sure," said Annie Elliott, a senior Advertising major. "We’ve all kind of been on edge anyway recently."

Separately, Philadelphia Police are investigating three recent home invasions targeting Temple University students. So far, they made one arrest of a man believed to be behind at least two of them.

On the day of the arson, students tell FOX 29 they did not receive a notification from the university. Temple’s Vice President of Public Safety Dr. Jennifer Griffin put out an announcement after the arrest on Monday.

It stated that TUPD assisted the ATF’s investigation by locating and sharing footage in and around the area where the suspect might have traveled. This morning, a TUPD detective located the suspect and called for back-up, then Temple officers took him into custody.

"We are immensely grateful for the diligent and persistent efforts of our TUPD detectives and police officers and the collaboration and teamwork with Philadelphia police and ATF. Their tireless efforts truly made all the difference," the statement read. 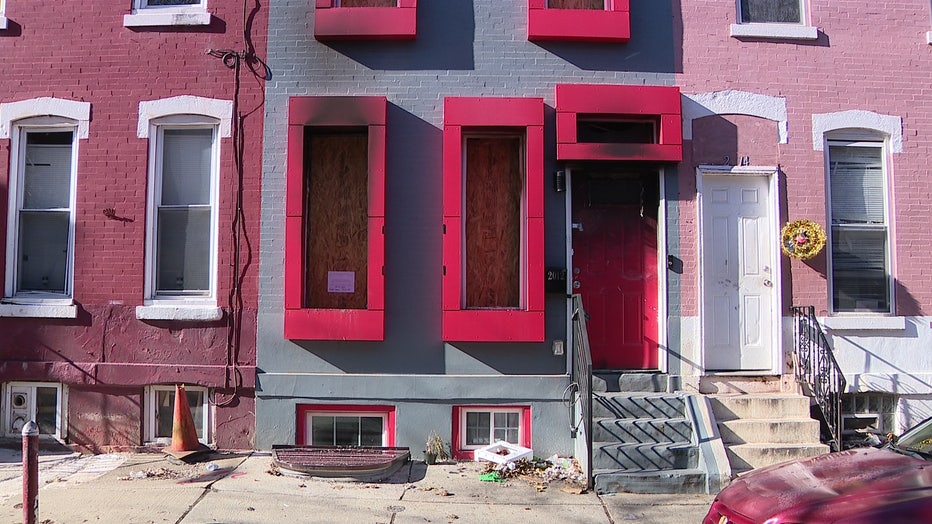 A suspect accused of firebombing a rowhome where four Temple students lived has been arrested.

A neighbor who asked to remain anonymous says the home the man leaves from in the video is currently vacant. He says people living in the home firebombed recently called police about issues in that vacant home in the days leading up to the fire.

"My neighbors said that they would hear a man screaming and banging on the door," he said. "I think there should be more efforts in making sure that the houses that are empty stay either completely locked up just so student safety is not put at risk."

A spokesperson for Temple University said in a statement that immediately after receiving the report from PPD about the arson incident, Temple’s Office of the Dean of Students connected with the affected students to provide counseling and access to other trauma-informed resources and housing. This office has remained in regular contact with the students since the incident.

"We just kind of have to keep our heads on a swivel and just do the best things we can do to keep ourselves safe," Elliott said.