Police are searching for a group of gunmen who fired over 70 shots in broad daylight in early March.

SOUTH PHILADELPHIA - Authorities on Wednesday released surveillance footage showing the moments before a group of suspects fired over 70 shots at an unsuspecting victim as he was walking to his car in South Philadelphia in early March.

Investigators say on Mar. 4 the four suspects waited to ambush the victim in a stolen car parked on the 2900 block of Snyder Avenue. Just before 10:30 a.m., footage shows the men get out of a red sedan armed with rifles and handguns, according to police.

Authorities said the men fired at least 76 shots at the 28-year-old victim and left the area. Officers drove the unnamed victim to Penn Presbyterian Hospital with "multiple gunshot injuries." He is expected to recover.

Police did not offer a written description of the suspects, but they did provide still images from the surveillance footage. The suspects appeared to be wearing dark clothes with hoods. 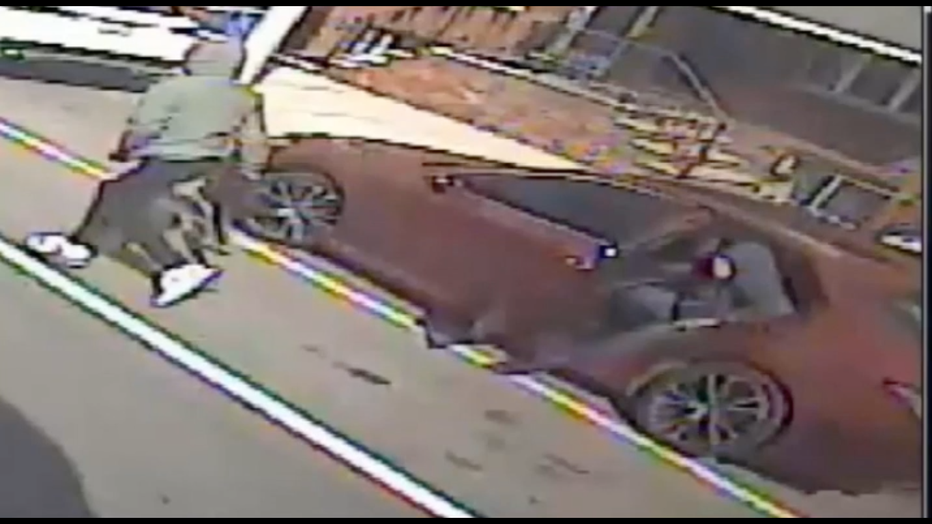 Police are searching for a group of gunmen who police say fired over 70 shots in broad daylight in early March.

Anyone with information on the shooting or the suspects' whereabouts is asked to contact the Philadelphia Police Department's tipline at 215-686-8477.

Police: Man shot and killed while sitting inside car at gas station in Port Richmond

'It can happen anywhere': Man falls victim to carjacking in Rhawnhurst