FOX 29's Scott Williams and Sue Serio have the latest on what's to follow the nor'easter that dropped more than a foot of snow on parts of our area.

PHILADELPHIA - A powerful nor'easter slammed the region Wednesday afternoon into Thursday morning bringing sleet, rain, and the most significant snow most of the area has seen in years.

The National Weather Service canceled winter storm warnings early Thursday as the storm moved out of the area, leaving scattered flurries and bitter cold temperatures behind.

Wind chills are expected to stay in the 20s Thursday despite plenty of sunshine and a high temperature of 35 degrees.

Those freezing temperatures could create some problems on the roadways as wet surfaces freeze over during the day and into the evening.

The nor'easter first made its presence felt in Pennsylvania shortly after noon on Wednesday as the first flakes started to fall.

Areas to the north and west saw mostly snow through the duration of the storm, while Philadelphia and other parts of the I-95 corridor saw an early evening changeover to sleet and even some rain further south. 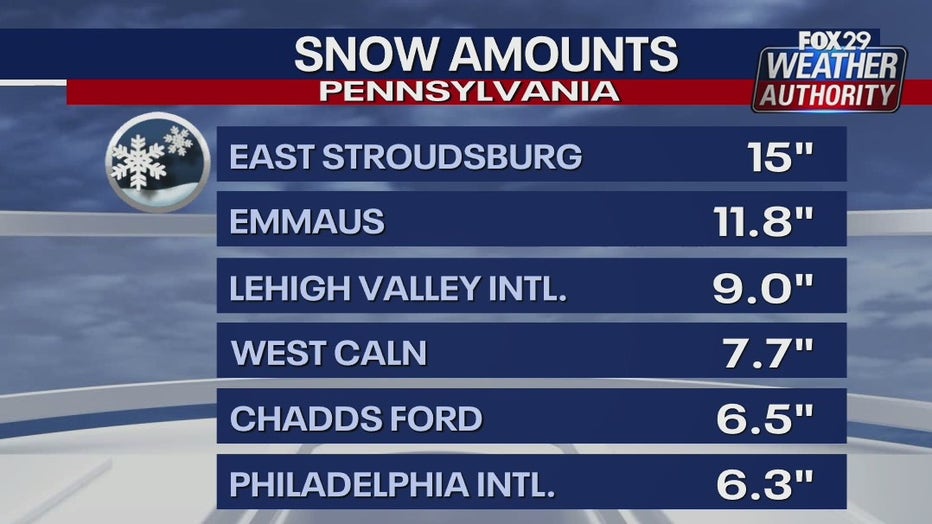 How much snow did we get? Snow totals ended up right about where they were forecasted for most of the area. East Stroudsburg has so far led the way in Pennsylvania with its 15 inches of snow, while areas like Emmaus and the Lehigh Valley International Airport saw about a foot. 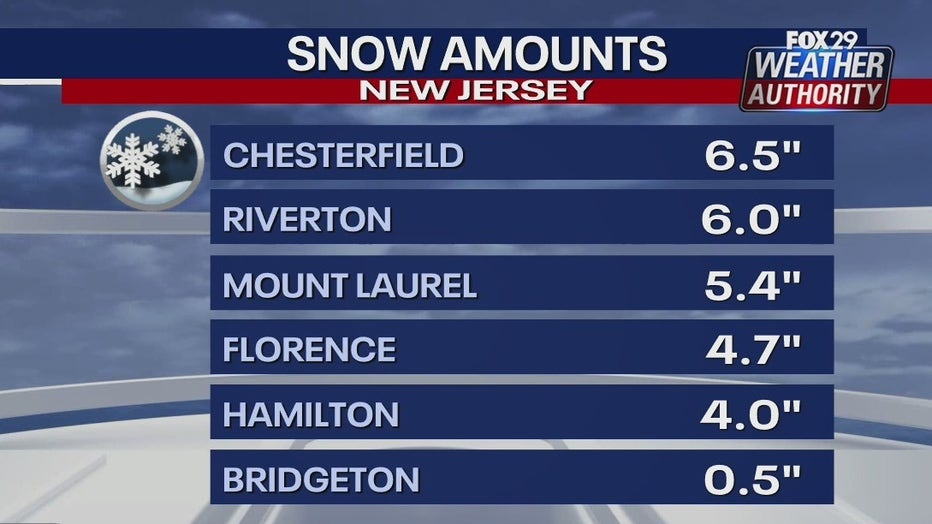 Despite seeing some more rain and warmer temperatures during the course of the storm, some parts of Delaware still managed to record more than 5 inches of snow. North Talleyville reported 5.7 inches, while Wilmington reported 5.5 inches.

Newark, Delaware wound up with about 3 inches of snow. 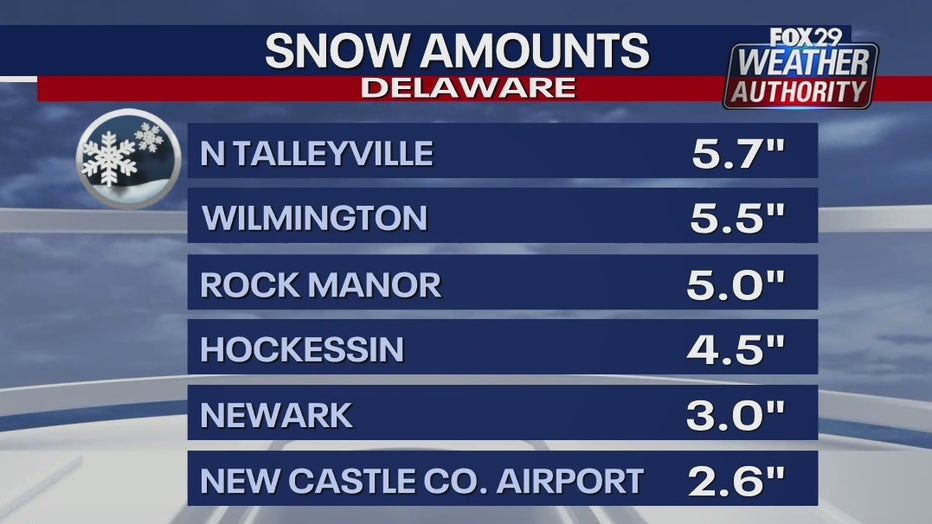 The storm also brought gusty winds of up to 30-40 mph, which along with icing increased the risk of power outages.

Motorists are asked to use caution out on the roadways into Thursday as cleanup continues.

Cleanup underway across the region after nor'easter leaves wintry mess behind

Snow doesn't deter everyone from dining out in Montgomery County

It's been a while: Philadelphia area hasn't seen 'significant snow' since 2018