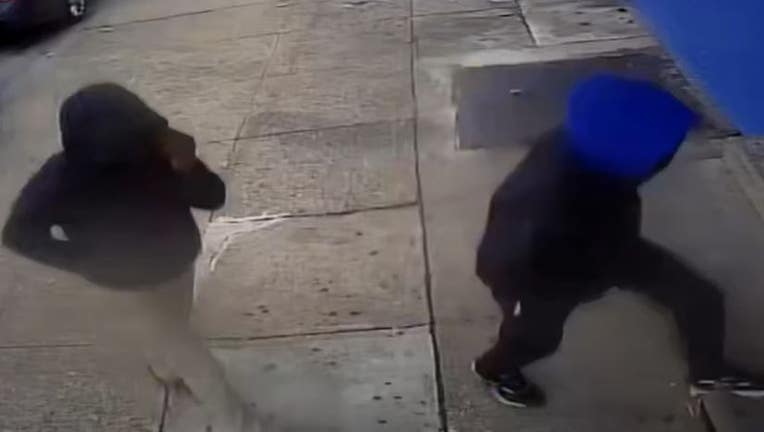 Police are searching for two suspects in connection with a robbery that happened at a Deli in Southwest Philadelphia last week.

PHILADELPHIA, Pa - Police are investigating a gunpoint robbery that happened on April 6th in Southwest Philadelphia.

The robbery happened just before 3:00 p.m. at the JYM Deli on the 5000 block of Hadfield Avenue, police say.

Video released by police shows two suspects enter the store and wait for the customers to leave. Police say after the store cleared, one of the suspects went behind the counter, pointed a gun at the cashier and demanded money from the register.

Surveillance cameras captured the suspects walking into the store and leaving the store, but the interaction behind the counter was not caught on camera. The suspects made off with $200, according to police.

Police are searching for two suspects wanted in connection with an armed robbery that happened last week at a Southwest Philadelphia deli.

Authorities describe the suspects as two males, about 5’8" tall with thin builds. The suspect who went behind the counter was armed with a black handgun, wearing a black jacket over a blue hooded sweatshirt. The second suspect was wearing a black jacket, beige pants, and a face mask. Police say they were possibly driving a Chevy Malibu.

This investigation is ongoing and police are asking anyone with information to contact them.